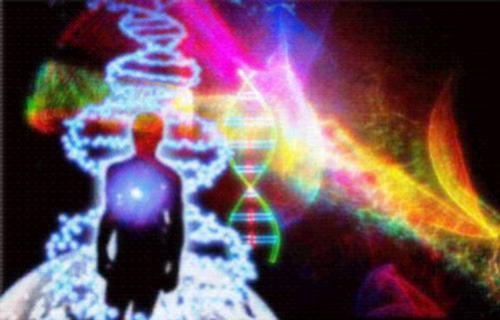 DNA has been found to have a bizarre ability to put itself together, even at a distance, when according to known science it shouldn’t be able to.  Explanation:  None, at least not yet.

Scientists are reporting evidence that contrary to our current beliefs about what is possible, intact double-stranded DNA has the “amazing” ability to recognize similarities in other DNA strands from a distance. Somehow they are able to identify one another, and the tiny bits of genetic material tend to congregate with similar DNA. The recognition of similar sequences in DNA’s chemical subunits, occurs in a way unrecognized by science. There is no known reason why the DNA is able to combine the way it does, and from a current theoretical standpoint this feat should be chemically impossible.

Even so, research published in ACS’ Journal of Physical Chemistry B, shows very clearly that homology recognition between sequences of several hundred nucleotides occurs without physical contact or presence of proteins. Double helixes of DNA can recognize matching molecules from a distance and then gather together, all seemingly without help from any other molecules or chemical signals.

One thought on “The DNA Mystery”