I would suggest you put a mustache on this: Ray Johnson 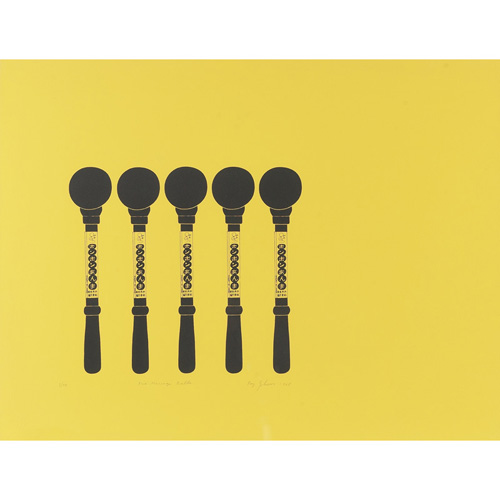 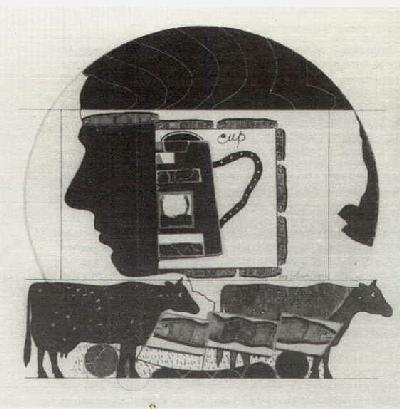 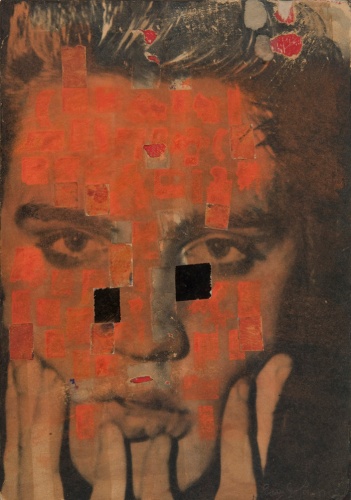 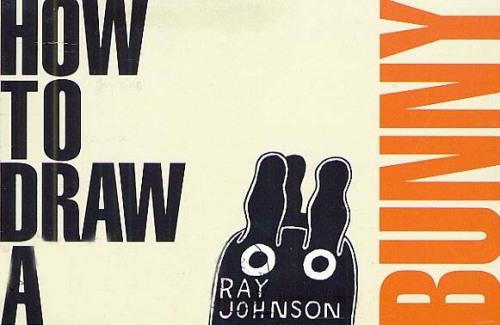 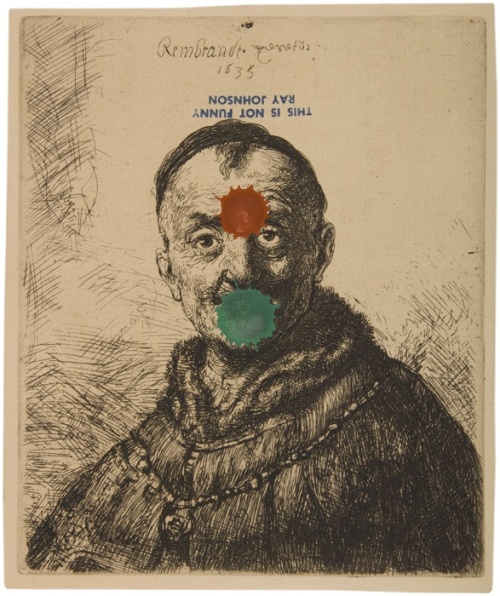 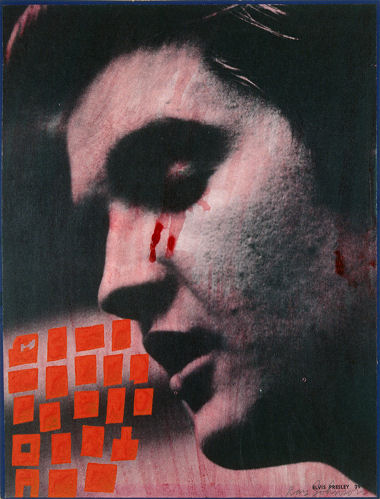 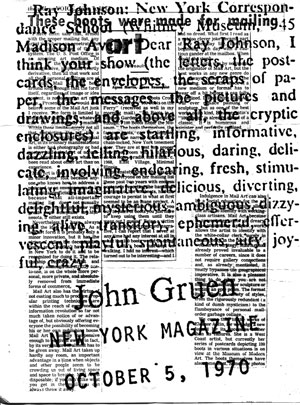 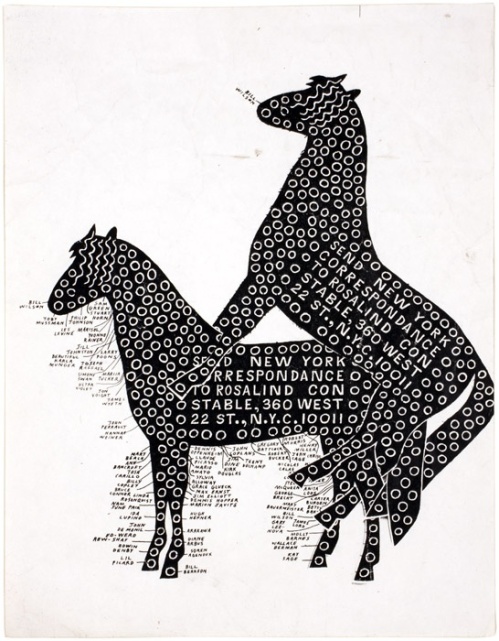 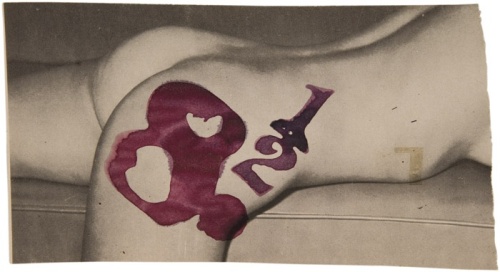 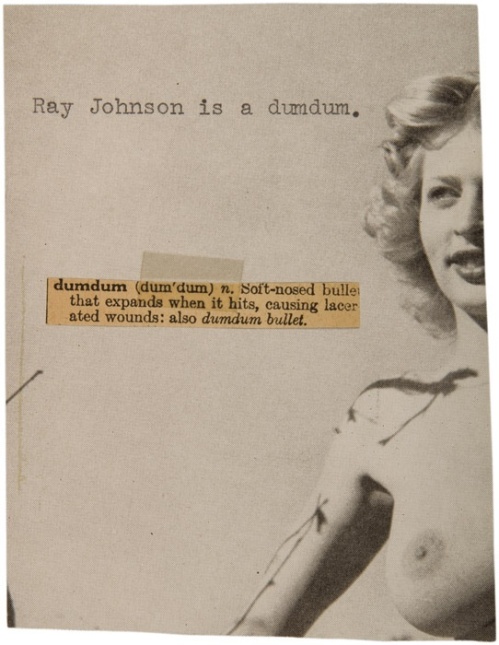 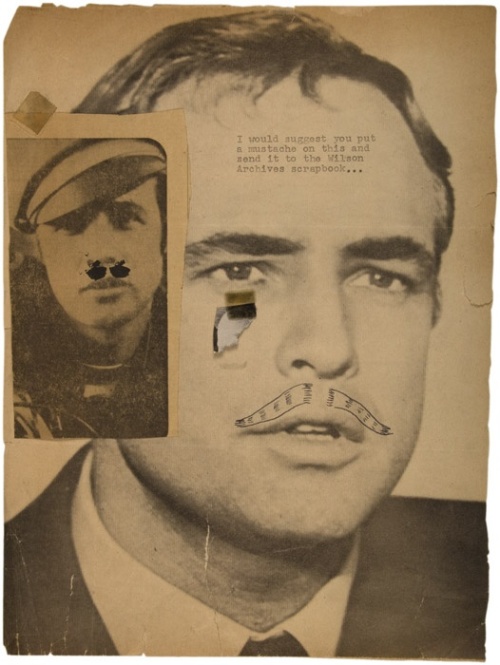 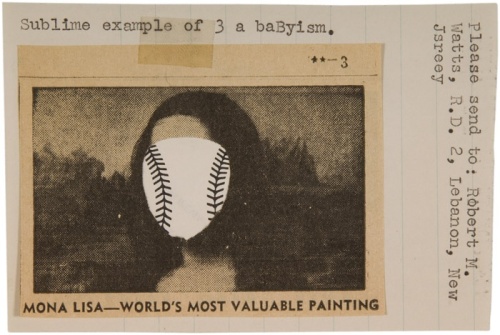 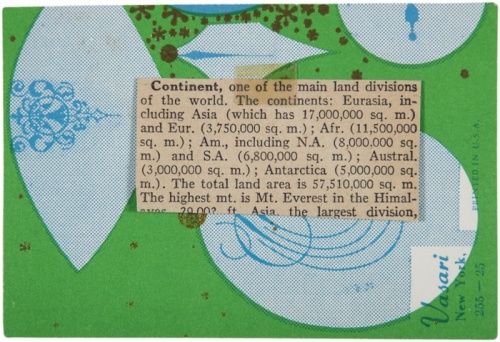 See the full gallery on Posterous
Ray Johnson (1927- 1995) was a seminal figure of the Pop Art movement. Primarily a collage artist, Johnson was also an early performance and conceptual artist. Once called “New York’s most famous unknown artist”, he is considered the “Founding Father of Mail Art” and pioneered the incorporation and use of language in the visual arts.

Johnson’s initial collages were mainly abstract works made of cut, painted and distressed paper strips and irregular designs. He referred to these early collages as “moticos,” a term he coined and used for several different elements in his work, including these collages and early poetic texts that he wrote at this time. Following his lifelong practice of cutting and recycling various materials, Johnson cut apart many of his early collages and used the fragments in later works. As Johnson once said, he created “Chop Art, not Pop Art.”

By the mid-to late-1950s, Johnson’s collages became increasingly referential, as he combined fragments from earlier works and ink drawings with images from popular culture. He included fragments of popular advertisements and images of Elvis Presley, James Dean, Marilyn Monroe, Shirley Temple, and others in a way that anticipated the 1960s works of Pop artists, such as Warhol. Due to his early use of popular imagery, Johnson is considered one of the earliest exponents of Pop Art. Johnson also included references to art world celebrities and personal acquaintances. In the late 1950s, Johnson began creating “tesserae”—small, highly worked blocks he created from layers of cardboard glued together, painted, and sanded—to add a three-dimensional element to his works.

Throughout his career, Johnson repeatedly returned to and re-worked his collages, adding additional elements and recording the dates of his progress directly on the collage. He developed several motifs and series in his collages, including silhouettes of artists and acquaintances, “Lucky Strike” symbols, Cupids, “Tit girls,” Dollar bills, Potato Mashers, and “Fingernails.” Johnson juxtaposed images, words, and ideas to create new meanings and endless associations.

In the late 1950s, Johnson began exploring the possibilities of Mail Art. He developed a network of friends, acquaintances and strangers to whom he sent highly conceptual images and texts. Like Marcel Duchamp, Johnson was one of the first artists to incorporate instructions for active participation in his artwork, as he encouraged the recipients to “add to” his work or to “please send to…” or to “return to Ray Johnson.” In 1962, Johnson founded the “New York Correspondance (sic) School,” a name invented by Ed Plunkett and used by Johnson for his international network of Mail Art participants he spawned by mailing an enormous amount of material, including fragments of cut-up collages, drawings with instructions, found objects, snake skins, and annotated newspaper clippings.

One of the first performance artists, Johnson began staging what he called “Nothings” in 1960. These performances paralleled Allan Kaprow’s “Happenings” and later Fluxus events. Johnson described his “Nothings” to William S. Wilson as “an attitude as opposed to a happening,” and he staged numerous performances throughout his life, including his “Throwaway Gesture Performances.”

Severely shaken after being mugged and attacked in lower Manhattan on June 3, 1968, the same day that Andy Warhol was shot by Valerie Solanas (and two days before Robert Kennedy was assassinated), Johnson decided to move to Glen Cove, Long Island, and then to Locust Valley. Until his death in 1995, Johnson continued his work in collage, sent out volumes of mail art, and staged numerous performances, but he became increasingly reclusive. As his contemporaries became famous, Johnson cultivated his role as an outsider, parodying celebrity through performances, fake openings, and photocopy-machine art. From 1982 on, he repeatedly refused offers from numerous galleries to exhibit his art, and for the last five years of his life, he refused all public exhibitions of his works.

On January 13, 1995 Ray Johnson’s body was found floating in a small cove in Sag Harbor, NY. All aspects of his death, revolved around the number “13”. His age 67 = 6+7=13, the room number at his hotel was 247 which adds to 13, the date: Jan 13, etc. He jumped off the bridge on a cold winter night, and his body was found the next day. As with much of the particulars of his life, little is known about the circumstances of his death. Those who knew him best, inasmuch as they knew him at all, have even speculated that his suicide was his final performance (or Nothing as he then called his pieces). Johnson lived frugally, but had $400,000 in bank accounts at the time of his death. He left no will and his 10 first cousins inherited his estate.

Raven Row’s inaugural exhibition was the first large UK show of the collages and mailings of New York artist Ray Johnson (1927–1995). Works in the exhibition can be viewed here.

3 thoughts on “I would suggest you put a mustache on this: Ray Johnson”