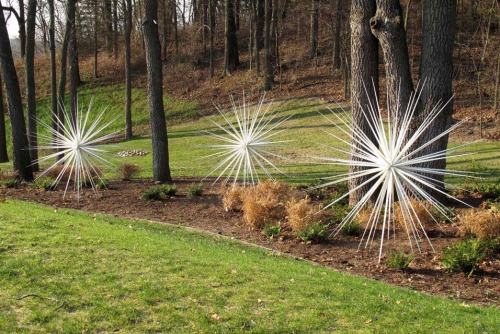 The piece which consists of three separate eight food diameter cast aluminum isohedrons is the second in a new scluptural direction for Mooney. The first cast aluminum sculpture in this style entitled Star 1 appeared at his two person exhibition, “Falling Short of Knowing” in New York in the autumn of 2008.

Wind Seeds themselves were previously exhibited at ArtPrize in Grand Rapids, Michigan from September 23 – October 8, 2009. The Devos decided to add it to their collection after viewing the sculpture in ArtPrize.

Mooney says of his recent work, “The sculptures deal with the eternal dichotomy of the present, the immediate moment when we are ultimately becoming and eternally dying at precisely the same time, I am looking to understand the idea of something much larger than ourselves, than our capacity to see, that is ever-present, persistent and constantly in motion. It is our intuitive sense of the whole and our complete inability to define it that the work explores. The Forms are in a state of becoming. In and out of this process of engagement we discover the present. What we intuit, what we feel rather than what we see.” 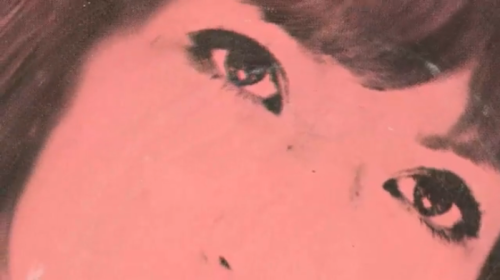 What words would you use to describe 1960s French pop sensation Gigi Gaston? With a growing cult discovering her through the dozens of photos, periodicals, songs and videos assembled by Josh Gosfield, some adjectives describing the chanteuse nicknamed the “Black Flower” include “sultry,” “elusive,” “scandalous,” “murderous” and “misunderstood.”

To that you must add the word “fictitious”  Gigi Gaston is wholly and entirely a creation of Gosfield, an artist and designer whose exhibition at the Steven Kasher Gallery in Manhattan closes on Wednesday, November 25th after a monthlong run. Not only did he cast Gigi, shoot the period-perfect photos and created the meticulously rendered versions of the covers of actual magazine of the era along with a staggering variety of her record sleeves, he’s also responsible for the putative Jean-Luc Godard film short for Gigi’s haunting song “Je Suis Perdue,” which is presented here for your viewing pleasure. 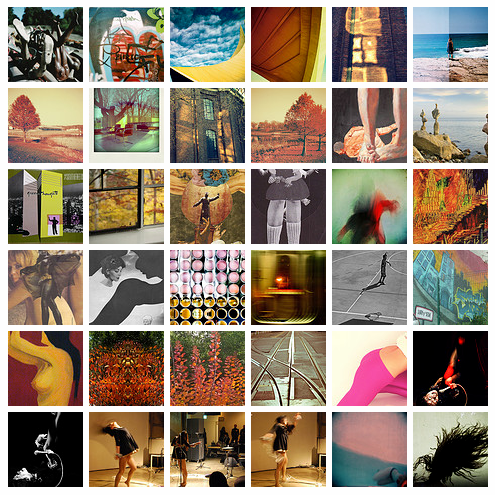 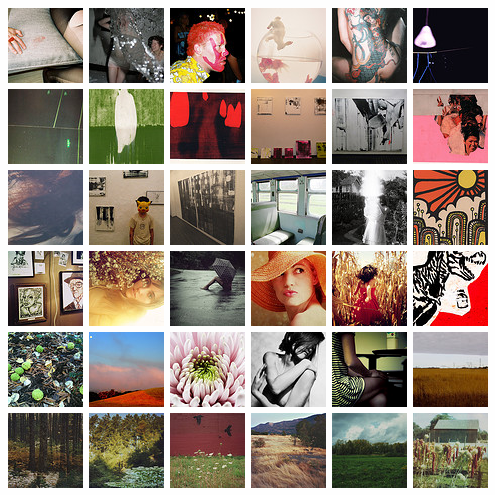 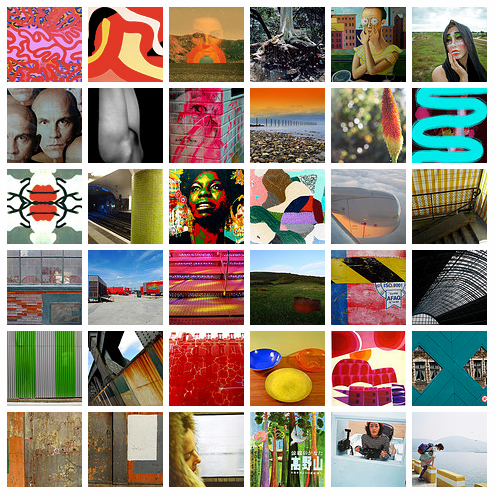 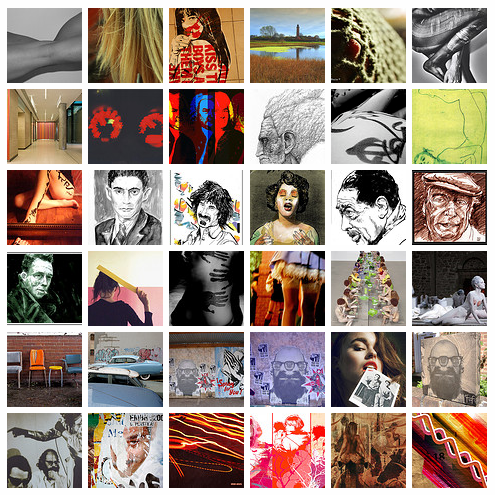 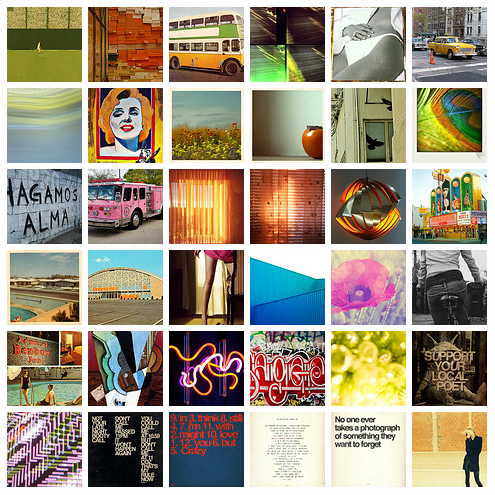