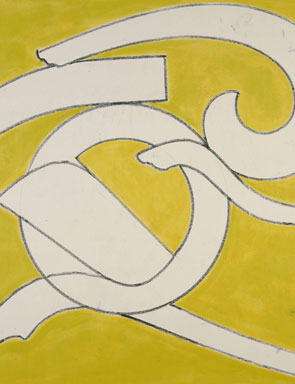 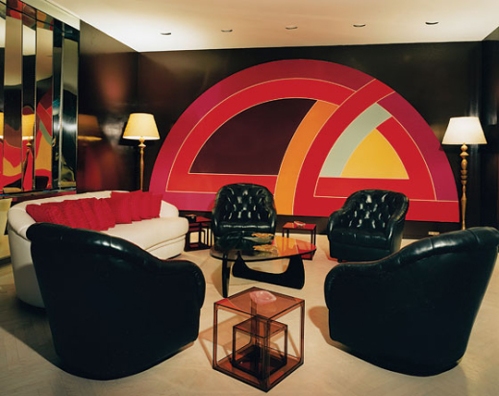 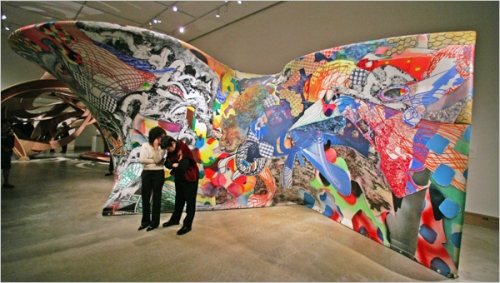 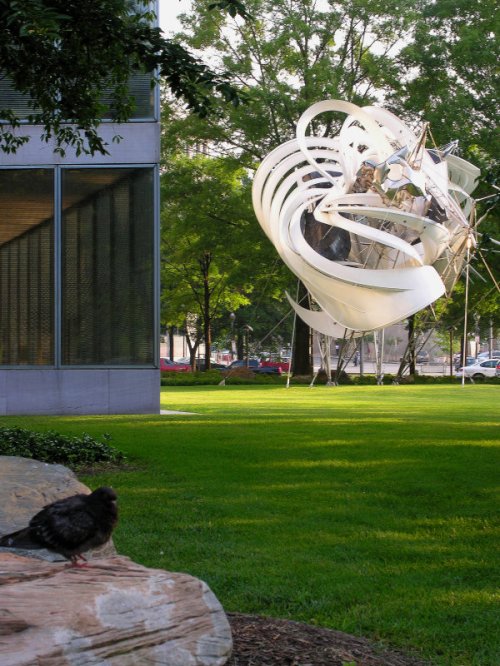 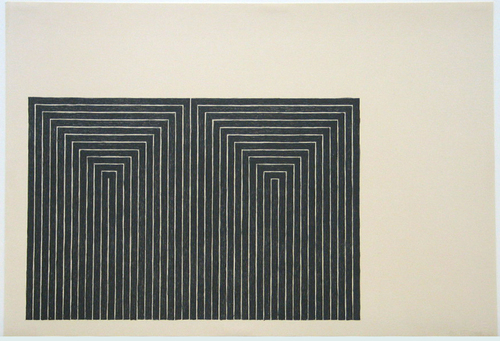 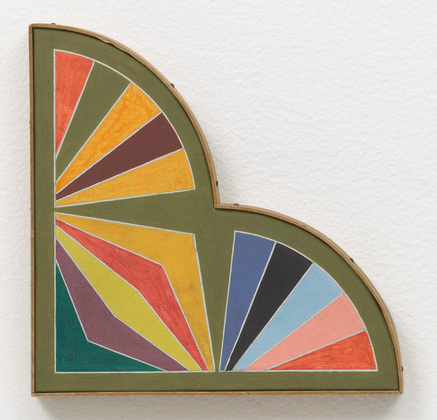 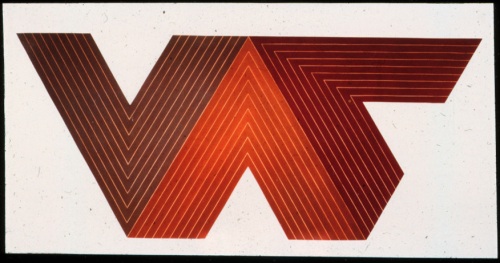 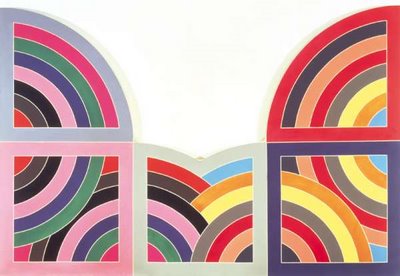 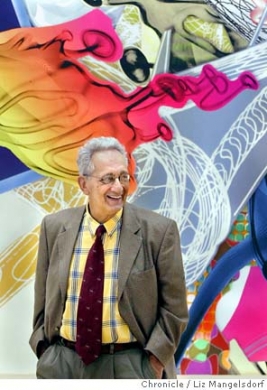 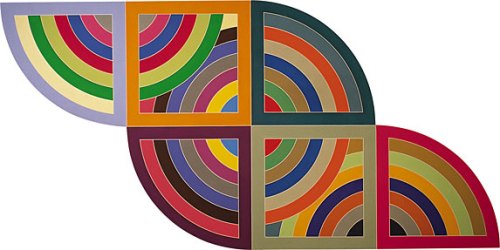 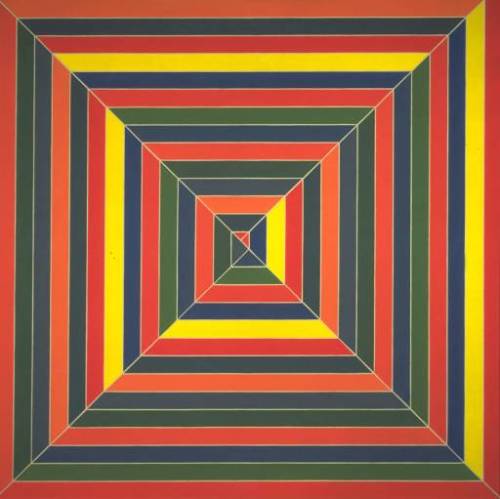 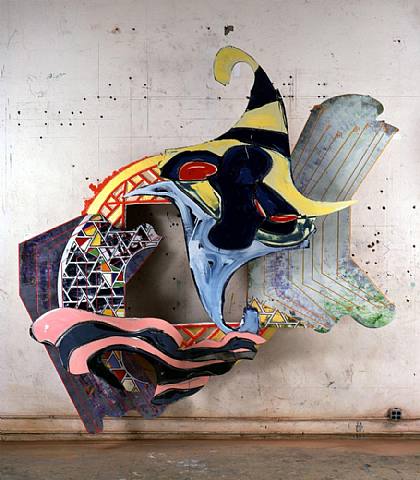 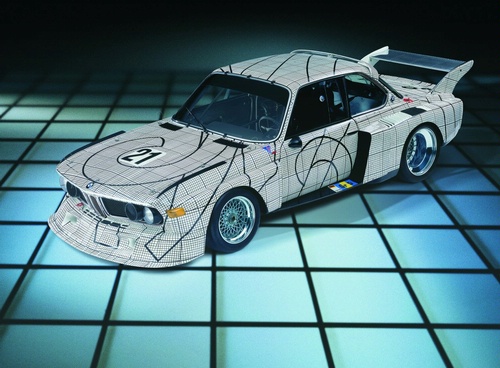 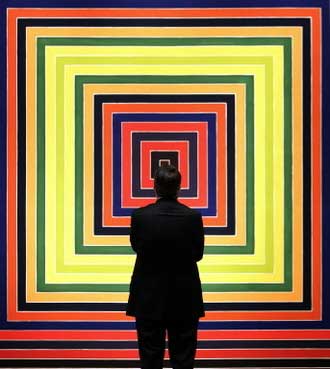 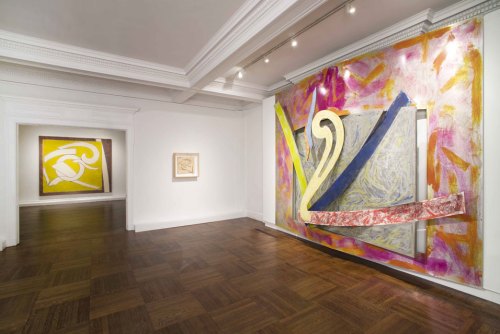 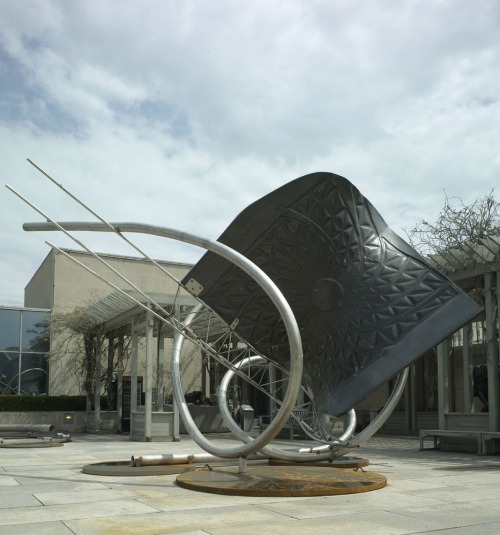 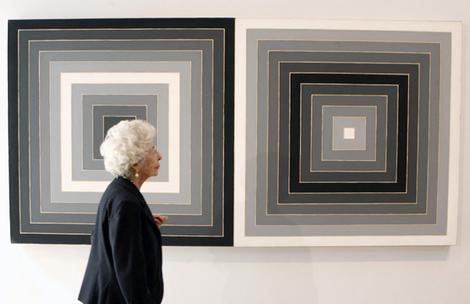 See the full gallery on Posterous
Frank Stella, “Kagu”, 1976. Magna on un-sized canvas, (245.1 x 279.4 x 7.6 cm) 96 1/2 x 110 x 3 inches. Photo Courtesy: L&M Arts.
Frank Stella at L&M Arts
NEW YORK, NY- In 1975 Frank Stella executed twenty-eight graph-paper drawings, which were converted into Foamcore maquettes, and, in 1976, to a series of large-scale aluminum reliefs known as the Exotic Birds. With the Exotic Birds, in the words of William Rubin, “we enter fully into Stella’s ‘second career,'” a transition that was “radical on the levels both of method and of pictorial language.” Stella engaged in a multistage execution process to realize the Exotic Birds. At an early stage, in Kagu, Stella’s fixed vocabulary is introduced. Despite appearances, the curving forms of this painting are not freehand drawings, but rather “found” objects borrowed from the language of mechanical drawing, a series of “irregular curves” used by engineers and architectural draftsmen. Stella arranged his two-dimensional compositions by moving these templates around in relation to one another until he was satisfied with the overall image. As in Kagu Maquette, Stella elevates his renderings to three dimensions by angling the templates against the picture plan. The artist’s notes throughout permit an interpretation of such a maquette as a dynamic architectural model, anticipating subsequent steps in a methodical set of procedures. In fact here, Stella’s relationship to architecture is firmly established. His forms now have real volume and structure, a moment that anticipates Stella’s later architectural endeavors. As he said, “the templates start with an image value and an aesthetic existence of their own, whether or not you recognize them  as I do  as tools, I wanted to transform that, to raise the level of it from design into art, and to make it physical; in effect, to give the templates a real presence, a pictorial presence Abstraction has to be made ‘real’ in Picasso’s pictorial sense of the word… abstraction has, in some curious sense, not to be abstract.” The exhibition runs through January 30, 2010 at L&M Arts.
via artdaily
Tagged architecture, art, sculpture
Leave a comment
Uncategorized 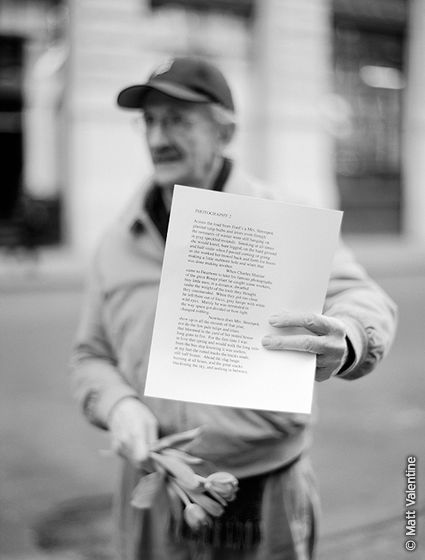 JEFFREY BROWN:  We started out talking about your life in the factories. Many years later, you have made a life as a poet. Does that surprise you?

One of the things that made it happen was pure luck. On my 26th birthday, I met my present wife. And how many women could stay with a guy who has no prospects and wants to write poetry and stay with him now 55 years?

Sometimes, she worked, so that I can sit home and scribble. And she honors what I’m doing. And I think that is the most crucial thing, to be honored, as a poet, even if it — not by a nation, because a nation is an abstraction, but just to be honored by this person, or that person, or especially by your wife, or your brothers, or your mother, father, I mean, it’s just fantastic. It keeps you going in a way that nothing else could keep you going.

Transcript
via PBS Newshour
Photo by Matt Valentine
In this portraiture series of more than 100 writers, Matt Valentine has photographed the best contemporary American poets and novelists. The collection includes more than a dozen Pulitzer Prize winners, several National Book Award winners, and a Nobel Laureate. These photos have been exhibited and published in many forums, most recently in Texas Monthly, Oprah magazine, and American Poetry Review. A book anthologizing the portraits of poets is in progress.
Tagged photography, poetry
Leave a comment
Uncategorized

She thought society had run out of poems 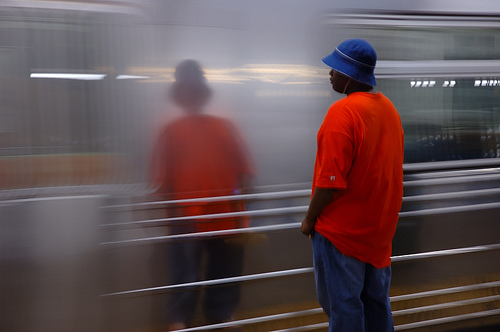 In 2008, New York’s Metropolitan Transit Authority decided to suspend free access to ad space for the short poems selected by the Poetry Society of America.

So now the Poetry Society is paying for ad space, says the group’s executive director Alice Quinn, who is poetry editor for the New Yorker.

Quinn told CBC Radio’s Q cultural affairs show the society felt strongly that poetry was important, both to make commuters feel better, and improve the quality of life in the city.

“I think [poems] can be rediscovered anew on repeated readings in the crowded world of a commuter’s day,” she said in an interview Wednesday. “They provide more than solace, they provide a heart-stopping jolt. It’s just a very important and popular program.”

Quinn said she was mystified why the New York transit system ended Poetry in Motion, which was originally a free program. A transit official was quoted as saying she thought the society had “run out of poems.”

It may have been a matter of a new director wanting to put her stamp on operations, Quinn said.

Poetry in Motion had been in operation for 15 years and was a model for other such programs on transit systems across North America.

” I often saw people memorizing poems” while riding a bus or a subway, Quinn said.

The Poetry Society had to boost its fundraising to pay for ad space for its selection of poems.

Quinn said she thinks poetry is more popular now than it has been in 30 years, thanks in part to the music world.

“I think rap has helped poetry. Whenever you expose young children to it, they absolutely adore it. When you’re first learning speech, there is a lot of chiming that babies do  rhyme is a very innate thing for us,” she said.

The poems planned for the transit system in 2010 include some Emily Dickinson, a 10th century Japanese poem, a 9th century Aztec poem and a “cheeky, chiding poem” by Stevie Smith called Deathbed of a Financier.

Metrophobia: Are We Afraid of Poetry? 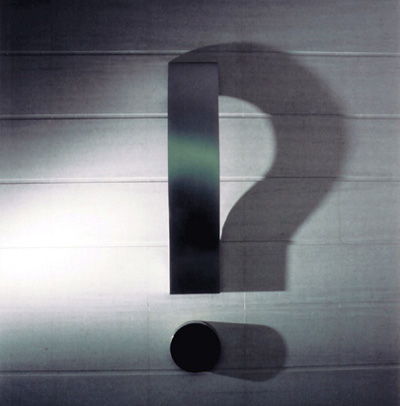 Finally, it seems, we are rising from the sick-bed of Metrophobia, and returning to poetry.

Metrophobia (otherwise known as the fear of poetry), an American pandemic more tenacious than Swine Flu, is finally on the wane. And not a moment too soon. For the last few generations, our nation has managed to marginalize poetry, an art that is and always has been central to the species. Since the earliest hominids sounded their pre-literate, poetic musilanguage to one another, since ancient Greek orators recited poems at the Olympic Games, since the first Griot in Mali turned the history of his tribe into poetry, igniting a tradition carried on by his descendants today, since Sappho’s lyrics, Basho’s haikus and Rumi’s ghazals, poetry has been known to be a necessary nutrient in the human diet, as essential as breath or music. And still today in most countries, poetry resides in its time-honored place at the heart of the culture. There, people turn to poetry the way we turn to the music that fills our homes and cars, the art that covers our walls, the architecture that lines our streets, the plays, dance and film that fill our theatres. In the Middle East, for instance, the most popular prime-time TV show is The Million’s Poet, boasting an audience of over 70 million viewers and ratings higher than sports or the news. Within a format similar to American Idol, male and female poets from throughout the Gulf region, some from very poor Bedouin tribes, perform poems on all themes imaginable. The show has even inspired a TV channel completely dedicated to poetry. In most cultures, reciting poetry is not relegated to the poets, or to the alabaster halls of academia. People who never dreamed of being poets, and some who cannot read or write, recite their favorite poems at the slightest provocation. Poems are recited at parties, at the family dinner table, on the street. My students from Wales and Ireland describe how the poems of Dylan Thomas or William Butler Yeats are exchanged into the night at almost any local pub. (…)
Read on
Metrophobia:  Are We Afraid of Poetry? | by Kim Rosen
via The Huffington Post
Interrobang by Kumi
Tagged culture, poetry