American:  The Bill Hicks Story | SXSW 2010 Accepted Film
Much more than a comedian, Bill Hicks was and still is an inspiration to millions. His timeless comedy tackled the contradictions of America and modern life head on, as he skewered organized religion, railed against the hypocrisies of his government and exposed the collusion of the mainstream media, earning him censorship in the USA, but whose messages continue to resonate with subsequent generations. He also had some excellent dick jokes. Pushing documentary storytelling in a new direction, AMERICAN uses a stunning new animation technique to bring the tale of one of modern cultures most iconic heroes to the big screen.
via SXSW
American website
Bill Hicks (Wikipedia)
Bill Hicks on YouTube
Bill Hicks.com
Sacred Cow
Hat tip:  Justin D. Hilliard
Previous posts about Bill:

You are worth hundreds of sparrows

Mark Linkous of Sparklehorse has committed suicide, according to a report from Rolling Stone. His family has released a statement reading, “It is with great sadness that we share the news that our dear friend and family member, Mark Linkous, took his own life today. We are thankful for his time with us and will hold him forever in our hearts. May his journey be peaceful, happy and free. There’s a heaven and there’s a star for you.”

Linkous made his debut under the Sparklehorse name with the 1995 album vivadixiesubmarinetransmissionplot, which yielded the minor hit “Someday I Will Treat You Good”. He went on to release three more acclaimed records of fractured, experimental alt-blues: 1999’s Good Morning Spider, 2001’s It’s a Wonderful Life, and 2006’s Dreamt for Light Years in the Belly of a Mountain, as well as the Danger Mouse/David Lynch all-star project Dark Night of the Soul and the Fennesz collaboration In the Fishtank. A voracious collaborator, Linkous also worked with PJ Harvey, Daniel Johnston, Tom Waits, and many others.

He Sparkles:  The Sad and Beautiful World of Mark Linkous

Sea Of Teeth by Sparklehorse
Listen on Posterous 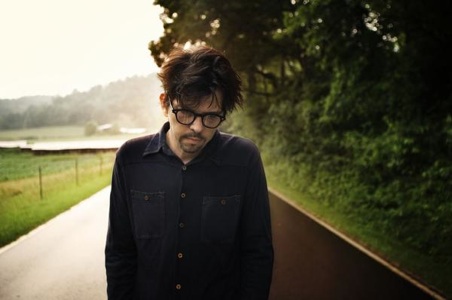