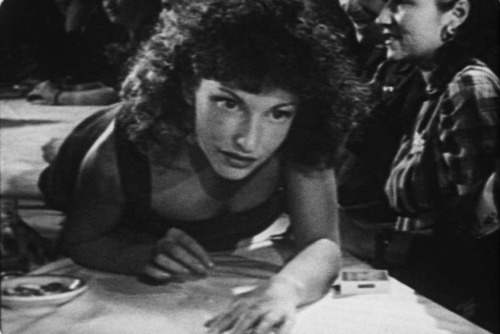 NEW YORK, NY.- The legacy of Maya Deren, considered America’s first prominent avant-garde filmmaker, film theorist, and visionary of experimental cinema, is explored in the exhibition Maya Deren’s Legacy: Women and Experimental Film, a five-month film series and video installation in The Roy and Niuta Titus Theaters and lobby galleries, from May 14 through October 4, 2010. Deren’s innovations—performing in front of the camera, using semi-autobiographical content, and meshing literary, psychological, and ethnographic approaches with rigorous technique—laid the groundwork for future generations of experimental filmmakers, bridging film, performance, and conceptual ideas. In the 1940s and 1950s, Deren (b. Ukraine, 1917-1961) was a pioneer of experimental cinema as an art form, independent and distinct from Hollywood production values or the dramatic narrative, closer to the modernist and avant-garde art practices of her generation. This exhibition looks at Deren’s legacy through her own work and that of a trio of women directors upon whom she had an indelible influence—Carolee Schneemann, Barbara Hammer, and Su Friedrich. It is organized by Sally Berger, Assistant Curator, Department of Film, The Museum of Modern Art.

Maya Deren’s Legacy: Women and Experimental Film coincides with the publication by MoMA of Modern Women: Women Artists at The Museum of Modern Art (June 2010), which includes an essay by Ms. Berger that explores Deren’s aesthetic theories, her films, and her methods of promotion and self-distribution. It also includes interviews by Ms. Berger with Schneeman, Hammer, and Friedrich, who discuss Deren’s impact on their work, revealing how Deren helped to pave the way for future women to enter the field of experimental cinema.