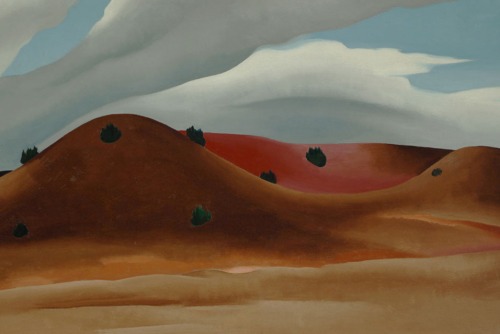 ST. PETERSBURG, FL.- An anonymous donor has surprised a Florida museum with a valuable gift: a Georgia O’Keeffe painting.

“Grey Hills Painted Red, New Mexico” was hung on a gallery wall at the Museum of Fine Arts in St. Petersburg on Tuesday.

Museum director John Schloder told the St. Petersburg Times a woman called and asked if the museum wanted to see her O’Keeffe painting, and things progressed from there.

The donor doesn’t want to be named, but she told Schloder she loves visiting the museum and wanted it to have her O’Keefe.

The painting from 1930 has been owned by several private collectors.

Schloder says the museum never could have afforded it. O’Keeffe’s paintings from that era have sold in recent years for anywhere from $2 million to $6 million.