via The New Post-literate:  A Gallery Of Asemic Writing

The Music of the Sun

I’m always searching for new sources of sound, but astronomers at the University of Sheffield have come up with a great one. They’ve managed to make an audio recording of the magnetic fields present in the atmosphere of the sun.

Coronal loops are huge magnetic loops that can be over 60,000 miles long, coil themselves in the sun’s atmosphere, and vibrate in a way very similar to how sound waves travel in a stringed instrument.

These coronal loops vibrate back and forth, just as if they were plucked by a giant hand. These loops are thought to be involved with solar flares, and create what scientists call “space weather”… no, I’m not making this up.

Space Storms can sometimes go a bit crazy, and can cause all sorts of havoc on earth, like destroying electronics, killing power grids and wrecking satellites. NASA claims that we should experience such a storm sometime around 2013.

The scientists translated measurements the vibrations into sound (as the sound itself cannot travel through the near-vacuum of space), and sped up the resulting waveforms to put them into the range of human hearing. Other than just producing some pretty amazing sounds, “sun music” has other uses as well. Professor Robertus von Fáy-Siebenbürgen, head of the solar physics research group at Sheffield University, said:

Studying the “music of the sun” would provide new ways of understanding and predicting solar flares before they happen.

Here’s a sample of what the SunSynth sounds like: VIDEO 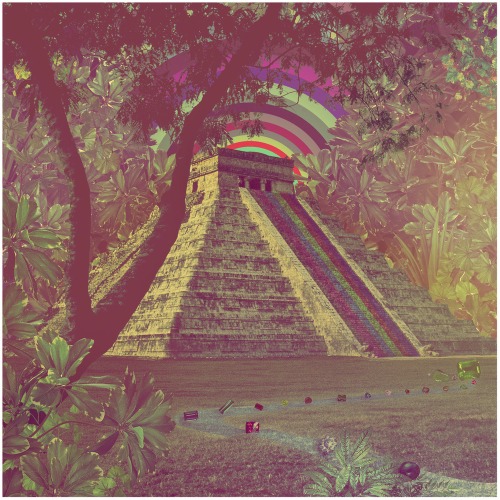 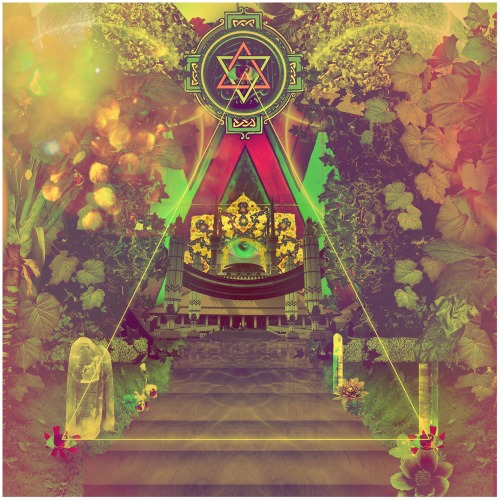 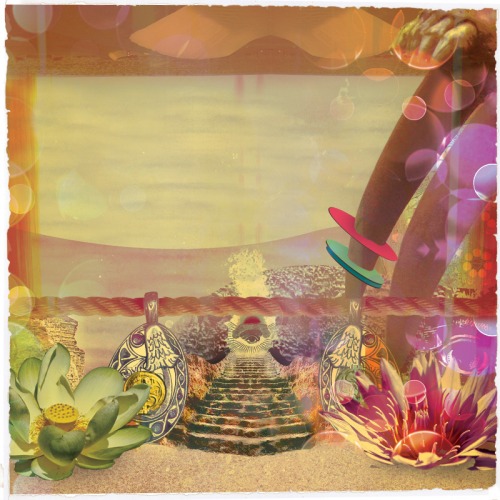 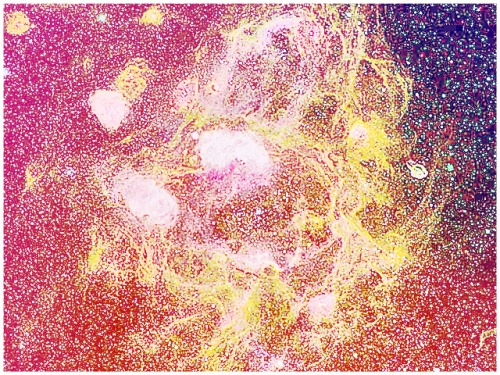 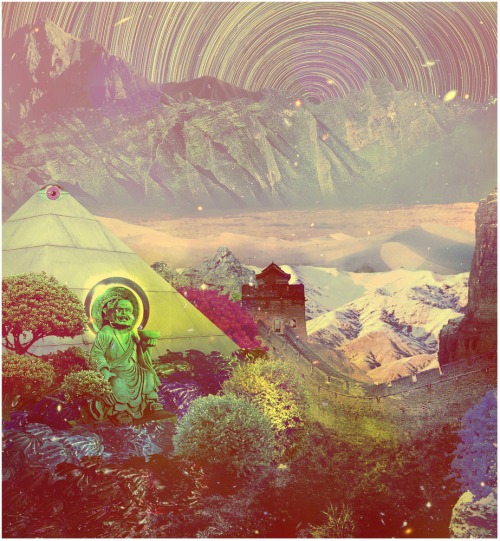 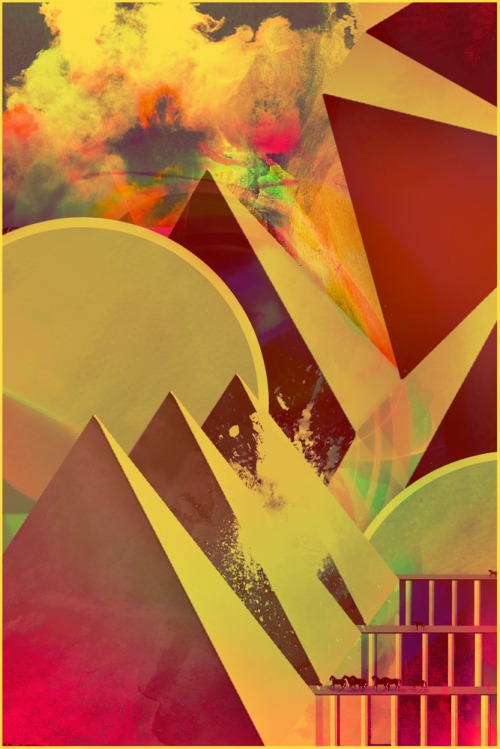 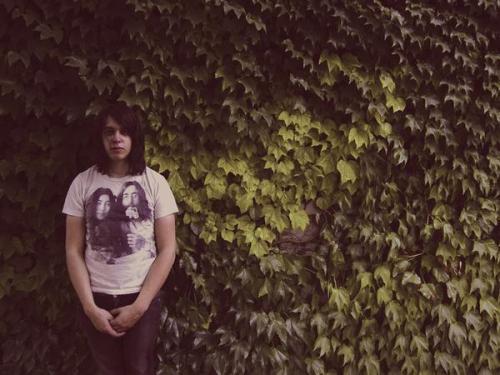 You could call Charles Fort (1874 – 1932) the “first Ufologist”—and many do—but that’s already, um, damning the quirky author of The Book of the Damned

with feint praise. Fort was more of a scientist (or scientific researcher), but not in any sort of traditional sense most people would recognize as science. A better description of his interests would be to say that what fascinated Fort were the things which were intellectually excluded by science. Rains of frogs, alien spacecraft, meat falling from the sky and spontaneous human combustion were the grist for his mill and this is what he spent his life meticulously cataloging.

Fort was also a bit of a comedian, a Swiftian satirist of science. He hated the idea of experts and thumbed his nose at scientific authority. Fort was a sworn enemy of orthodox rationality. His prose is a delight and is a part of his strong attraction for many readers. His style is “circular,” I guess you might say. Repetitive, but this is kind of the point, to be bludgeoned by the sheer force of the number of examples he’d throw at readers, into accepting the simple fact that something awfully strange is going on here.

Fort, who invented words like “teleporter” kept his notes, his Forteana, if you will, on notecards. Although from time to time, the eccentric author would burn his research, tens of thousands of his cards survive and can be viewed at the New York Library’s Rare Book Room (I’ve looked at some of them myself). In his day, Fort had his share of detracters (his friend H.L. Mencken said his head was filled with “Bohemian mush”!) but also many prominent admirers such as Ben Hecht, Theodore Drieser and Oliver Wendell Homes.

The influence of Charles Fort’s work is subtle but pervasive throughout popular culture. No Fort, no X-Files, for instance. No Art Bell or George Noory, either. Although Fort was in life and after his death, a relatively obscure writer, his work still holds a strong fascination for many people who consider him an intellectual giant. And of course there is a magazine, The Fortean Times, which keeps the flame alive as well as regional organizations of Fortean enthusiasts and a yearly convention.

Dangerous Minds pal Skylaire Alfvegren organizes The League of Western Fortean Intermediatists (or L.O.W.F.I) and she’s got a great short biographical essay of Charles Fort at the Fortean West website:

There is a man, largely undiscovered by the modern world, whom I, and many others, believe made one of the most significant contributions to the world of science. Had it not been that he vehemently opposed modern scientists and their methods, his work might be enjoying a greater popularity than it does. Had this man decided to write about completely different topics, he would be hailed as a fabulous literary character. Here was a peculiar fellow. Charles Fort devoted 26 years of his life to compiling documented reports of scientific anomalies from journals and newspapers from all around the world. He lived in dire poverty so that truth could prevail. His life’s work may one day be of great scientific worth, should the established scientific community ever muster the courage to approach it.

Anomalies. This is what Fort trafficked in. Reports of prehistoric beasts frolicking in the world’s oceans. (Loch Ness, Champ, Storsjon Animal). Ancient artifacts found in improbable places (Roman coins in the deserts of Arizona, Chinese seals found buried deep in the forests of Ireland, small statues of horses discovered in pre-Columbian Venezuela). Falls of things other than rain from the sky (red rains in 1571 England, 1744 Genoa; a rain of “73 organic formations, particular to South America” in France in 1846). Unidentified aerial phenomena (excluding Ezekiel’s Biblical description. Fort’s list contains the first known report of a so-called “UFO”, dating from 1779). These are but a few of the subjects Fort spent his lifetime collecting reports of. This anomalous data are roped together under the banner of “Forteana”, a term which probably does not exist in any dictionary, because that which it pertains to isn’t supposed to exist at all.

He who championed underdogs, has been and will likely continue to be, one of the greatest underdogs of all time. For he has not a baseball team or brooding thespians to compete with, but the entire history of the scientific world. His work spat in the face of conventional scientists. There is much going on around us that defies explanation. Fort amassed reports of events seen by humans around the world countless times, which, none the less, have been dismissed. The data he collected were excommunicated by science, which acts like a religion. “The monks of science” he wrote, “dwell on smuggeries that are walled away from event-jungles- Science has done its utmost to prevent whatever science has done” (the Book of the Damned, p. 245). His legacy, his collection of data lies before us. It is indisputable, and yet still ignored. The reports he gathered could make any enemy of science acquire a renewed enthusiasm for the subject. In his four published works, the Book of the Damned (1919). New Lands (1923) Lo! (1931) and Wild Talents (1932) we find over 1,200 documented reports of occurrences which orthodox science refuses to attempt to explain. Explanation was not Fort’s purpose. He merely presented the data, sometimes with his own speculations, sometimes with tongue in cheek. While anomalies can be entertaining, they can also be deeply disturbing, for they undermine the foundations of science, the idea that every thing in this world is rational and under control. Articles like those collected in Fortean Times and the INFO Journal (International Fortean Organization), two publications which continue Fort’s work, prove that things are not under our control, nor will they ever be. Many people, including scientists, find this discomforting and so ignore that which they cannot explain.

The Life, Work and Influence of Charles Fort (Fortean West)

Reminds me of this great exchange:

RUSSERT: Shirley MacLaine writes in her new book that you sighted a UFO over her home in Washington state, that you found the encounter extremely moving, that it was a triangular craft, silent and hovering, that you felt a connection to your heart and heard directions in your mind. Now, did you see a UFO?

KUCINICH: Uh, I did. And the rest of the account. It was an unidentified flying object, OK? It’s like, it’s unidentified. I saw something. Now, to answer your question. I’m moving my, and I’m also going to move my campaign office to Roswell, New Mexico, and another one in Exeter, New Hampshire, OK? And also, you have to keep in mind that Jimmy Carter saw a UFO, and also that more people in this country have seen UFOs than I think approve of George Bush’s presidency.

KUCINICH: And so, wait. We’re just getting started here.

RUSSERT: No, no. We have about 14 percent of Americans who say they’ve seen UFOs. I’m going to move …

KUCINICH: What was the percentage?

KUCINICH: What was that percentage?