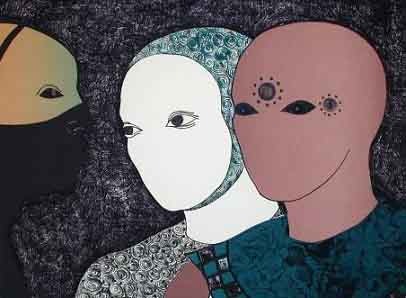 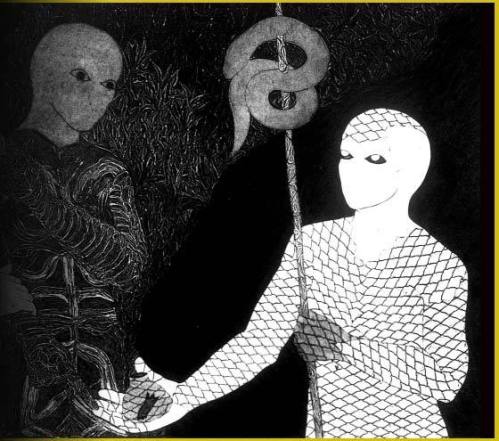 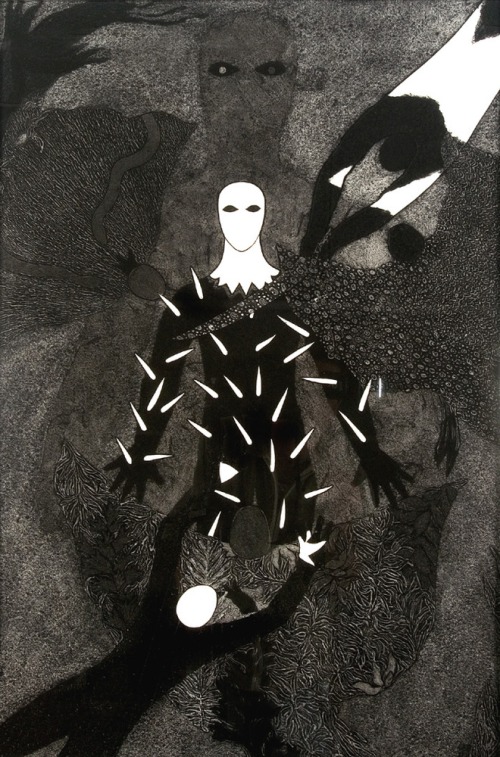 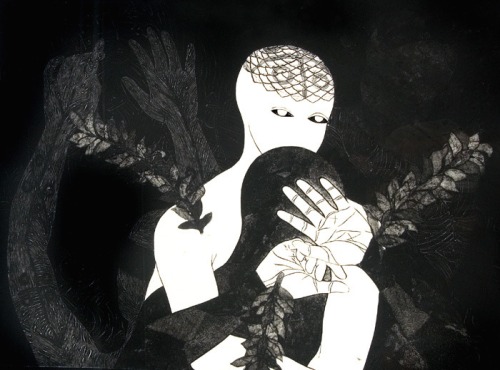 Belkis Ayón Manso (January 23, 1967 – September 11, 1999) was a Cuban artist and lithographer. Her work was based on Afro-Cuban religion, combining the myth of Sikan and the traditions of the Abakuá, a men’s secret society, though her work was often thought to reflect her personal issues as well. Her work began exhibition in 1988, and exhibitions continued until at least 2006. The artist committed suicide at the age of 32.

Since her death, the Cuban government has declared her work a patrimony, and so none of it is currently allowed to leave the country.