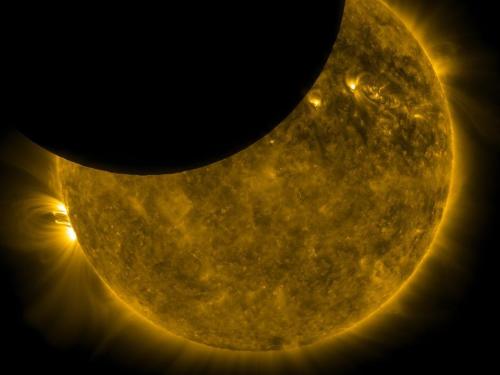 On Oct. 7, 2010, NASA’s Solar Dynamics Observatory, or SDO, observed its first lunar transit when the new moon passed directly between the spacecraft (in its geosynchronous orbit) and the sun. With SDO watching the sun in a wavelength of extreme ultraviolet light, the dark moon created a partial eclipse of the sun.

One thought on “Sun and Moon”