In the Wave by Walter Russell 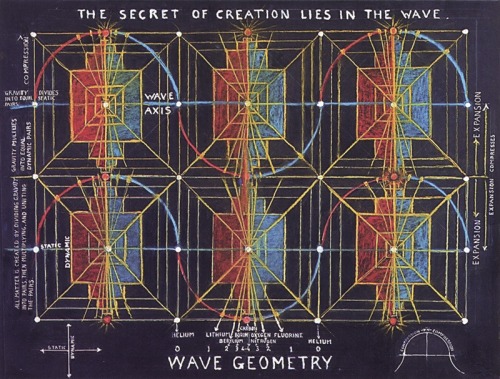 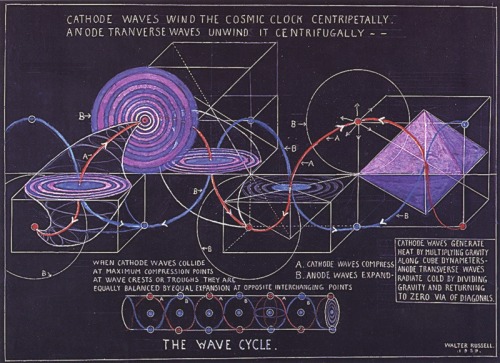 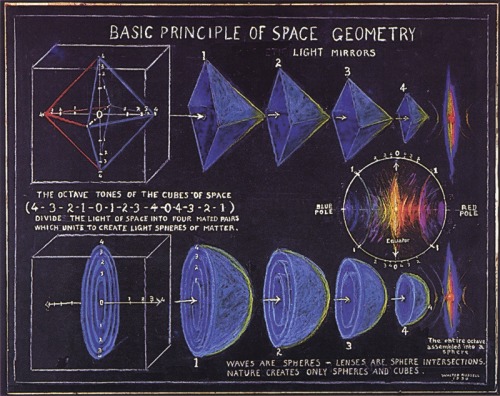 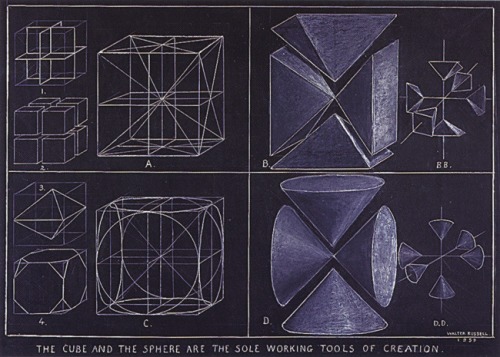 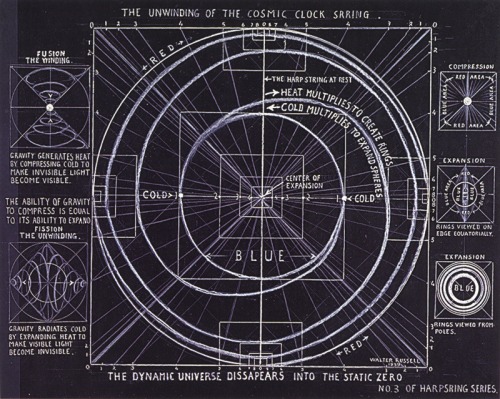 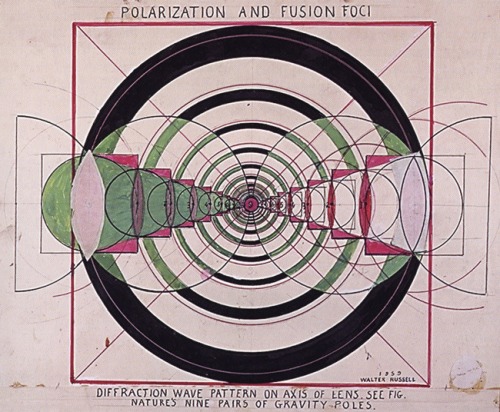 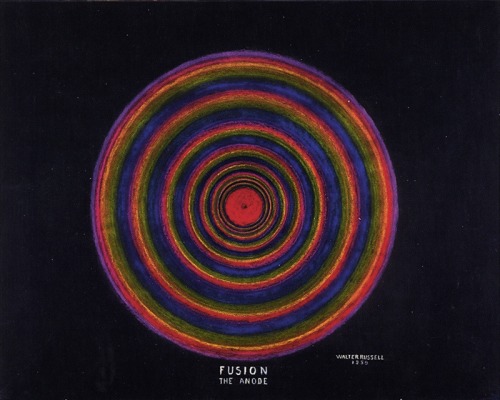 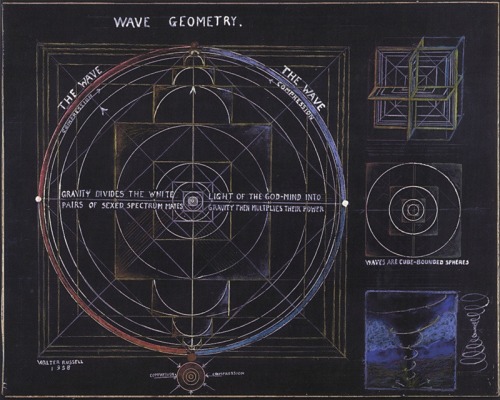 Outsider scientific-mystic Walter Russell developed a lifelong philosophy based on the unifying principles of forces within the cosmos – what seems like a kind of pseudo-scientifically framed offshoot of non-dualism. The most interesting elements his work are the diagrams and charts illustrating his books. They document an idiosyncratic understanding of natural phenomena such as light, magnetism, thermodynamics, waves and vibration.

Esa Ruoho has collected together many illustrations from Russell’s key works in Flickr sets – images from the books The Secret of Light, The Universal One and Atomic Suicide. The ‘In the Wave’ set contains charts with painted colour spectra and elliptical prismatic shapes denoting light waves, electrical vibrations and magnetism.

A strong theme running through Russell’s schematics, especially evident in his ‘Home Study Course’ is the correspondences of geometric equivalences and orders. The charts resemble sets of musical scales, denoting frameworks of periodicity and harmony within particular natural systems. Many of the diagrams, at first glance, might easily be be misinterpreted as modern musical notation…

…It might just be the case that Walter Russell’s genius, and his diagrams, can only be decoded at a later moment in time. His friend Nikola Tesla had advised him to lock away his work in a safe for 1000 years – because humankind was not yet mature enough for it.

2 thoughts on “In the Wave by Walter Russell”