The Paris Review blog, which just gets better and better each week, posted Andrew David Watson’s lovely video yesterday about Michael Seidenberg, who moved his shop, Brazenhead Books, into his New York City apartment after his bookshop rent skyrocketed. “It’s a continuation of just me being a bookseller in the way that I want to be… If it’s all about money, there’s just better things to sell. Just sell crack. That’s a much better business.” As for where he’s located, he says “My name is in the phonebook, and anyone can call me… I’m hiding in plain sight. Come find me, visit me, and I’m yours.” 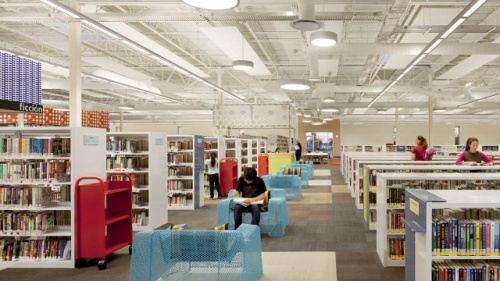 After Walmart closed up shop in McAllen, they left 124,500 square feet of retail space behind for use by the city.

Rather than bring in another big box corporation to pick up where Walmart left off, the southern Texas city decided to turn the building into its new public library. And not just any public library neither: Upon its completion, the McAllen Public Library became the largest single-story library in the United States.

The project was massively successful: Registration by first-time patrons went up by 23% in the library’s first month of operation, and its “functional, flexible and affordable” interior — constructed by Minneapolis-based Meyer, Scherer & Rockcastle, Ltd. — was recently named winner of the International Interior Design Association’s 2012 Library Interior Design Competition.

“In a city like McAllen, with cartel violence across the river (less than 10 miles away from the library), I think it’s amazing that the city is devoting resources to a) not only saving a large and conspicuous piece of property from decline and vandalism, but b) diverting those resources into youth and the public trust,” McAllen native Adriana Ramirez told the LA Times.

“I’m tired of living unable to love anyone. I don’t have a single friend – not one. And, worst of all, I can’t even love myself. Why is that? Why can’t i love myself? It’s because I can’t love anyone else. A person learns how to love himself through the simple acts of loving and being loved by someone else. Do you understand what i am saying? A person who is incapable of loving another cannot properly love himself.”

On the Road to Premiere at Cannes Film Festival 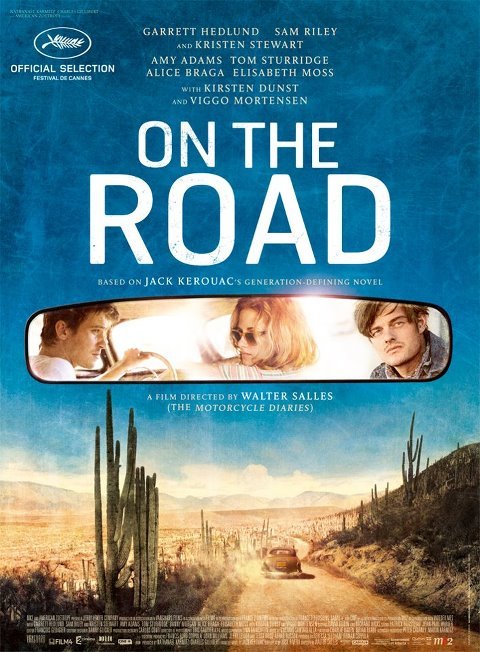 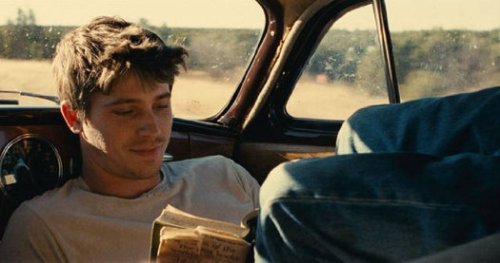 ‘On The Road’ adaptation to play at 65th Cannes Film Festival

The highly anticipated first film adaptation of the Jack Kerouac classic, On The Road, is to get its premiere at the Cannes Film Festival. Starring a roster of famous names, including Lord Of The Rings star Viggo Mortensen, Twilight actress Kristen Stewart and Sam Riley, star of the Joy Division biopic Control, On The Road is directed by Walter Salles, most famous for bringing the Che Guevara story The Motorcycle Diaries to the screen.

On the Road (film) Wiki

via The Third Mind

Stephen Gertz at Booktryst posted this & did a perfect job transcribing. He queries why Allen’d capitalized Agents and we do too. Sometimes Allen capitalized randomly, more often not. This was right after Collected Poems 1947-1980 was published, and Allen’s new agent Andrew Wylie hand engineered a huge book deal for Allen with Harper Collins, so quite possibly Wylie was on his mind when signing that book.

1969 Alice in Wonderland by Salvador Dalí

Down the Rabbit Hole 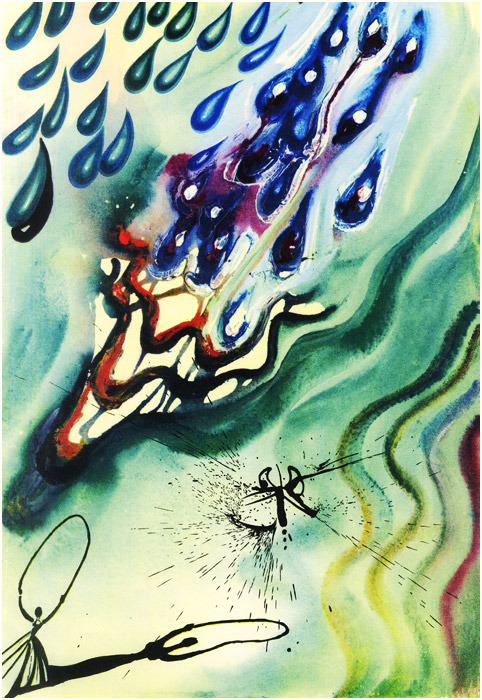 The Pool of Tears

A Caucus Race and a Long Tale

The Rabbit Sends in a Little Bill

Advice From a Caterpillar 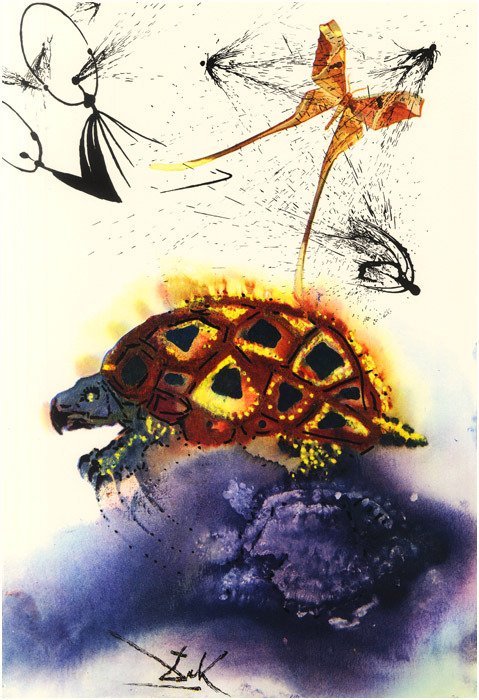 Who Stole the Tarts?

Published by New York’s Maecenas Press-Random House in 1969 and distributed as their book of the month, the volume went on to become one of the most sought-after Dalí suites of all time. It contains 12 heliogravures, one for each chapter of the book, and one original signed etching in 4 colors as the frontpiece, all of which the fine folks at the William Bennett Gallery have kindly digitized for your gasping pleasure.

The two counterculture heroes, one representing the Beat ’50s and one the psychedelic ’60s, had a lot less in common than you might expect.

via The American Scholar

“Sterling, when we hit Manhattan, the city just rolled over on its back and purred.”

Wagman is the author of three novels, most recently Bump. Music by Nick DeWitt. Single Sentence Animations are creative collaborations between writers published in Electric Literature and contemporary visual artists. The writer selects a single sentence from his or her work and the animator creates a short film in response. Electric Literature is a bi-monthly anthology of short fiction dedicated to reinvigorating the short story using new media and innovative distribution.Visit us at http://www.electricliterature.com/
Tagged art, books, collage, literature, music, video