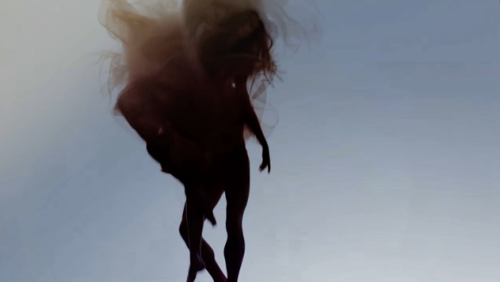 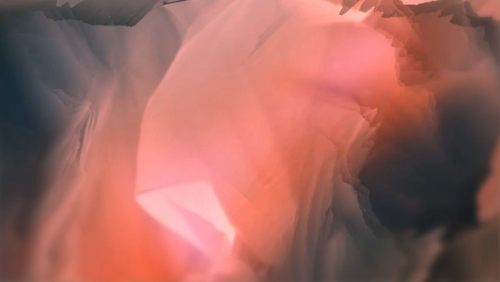 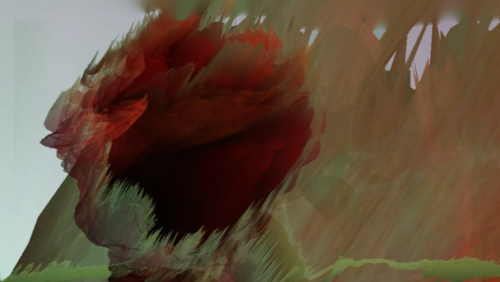 Experiment No.9 is a collaboration with Tell No One and SHOWstudio. TNO was asked to create a fashion film to counterpart Nick Knight’s photography for AnOther magazine’s Spring/Summer 2011 issue.

Models: Jac at IMG and Ben

Resampling Jean Cocteau at the Guggenheim

As part of the Guggenheim’s “Chaos and Classicism” exhibition, curator Charles Fabius had organized a theatrical performance Coup De Foudre, based on Jean Cocteau’s film, The Blood of a Poet (1930). Paul Miller (DJ Spooky) had rescored the original film with his music to Melvin Van Peebles‘ spoken word accompaniment and choreographer Corey baker’s (of Ballet Noir and Fela!) dance performance.

“Jean Cocteau – The Blood of a Poet, Film still by Sacha Masour”

Cocteau had made this film with the support of Coco Chanel after having just come out of opium rehab. The film itself is a patchwork of metaphors, at times a puzzling reflection of the artist’s exploration of art and dreams,”a descent into oneself,” as Cocteau once put it. The artist enters his own psyche through the metaphoric device of a mirror, opening doors to his own subconscious imagination into childhood memories, dreams, sexual ambiguities and fears, which lead to exhaustion and a flirtation with death. Eventually the artist recovers and destroys the muse of his imaginations. Yet, this poetic film’s premise remains open to speculation.

While Melvin Van Peebles translated Cocteau’s poems with a contemporary bent, Cory Baker added his own body movements as gestural vignettes to emphasize and reinterpret the actions of the film. Baker said after his performance, that he studied the main character, and in order to interpret the fluid movements of the film, he decided on making his gestures supple, less angry, approaching it with an actor’s perspective, infusing the production with ‘choreographic paragraphs’ – as opposed to creating one long piece.

“A still from Jean Cocteau’s The Blood of a Poet. Photograph: Kobal Collection”

In the era of silent films, the actor’s movements and gestures were naturally amplified. Cocteau having worked with Diaghliev and Ballet Russes, was a master of movement, and also, ahead of his times as a multi-disciplinary artist.

Paul Miller (aka DJ Spooky), just returned from the North Pole, offered his interpretation: “The film is actually a poem: Cocteau is thinking of the film set as a code made into poetry, made into an architectural, physical space,” posited Mr. Miller, in a statement as equally opaque as the film.

Miller’s score began with a live solo cello played by the Telos Ensemble, and an electronic mix, which he ‘conducted’ using his iPad. His wonderful score actively paced the film’s non-narrative flow.

“Cocteau’s film was post geographic,” said Miller. As a DJ and musician, the era between the wars was a source of many inspirations – as disparate as Kurt Weill, Josephine Baker and Apollinaire. “The war had shattered everybody’s sense of continuity, and jazz was the soundtrack,” stated Miller.

The DJ also believes that his use of audio montage is in parallel to our ‘collage, non-linear imagination.’

“Sampling” he says,”is playfulness with memory; no one remembers anything exactly the same way.”

Whoever has the economics has the power to transform memory. The notion of regionalism, geography and limitation had passed: “For 21st century purposes anything goes.” Miller said. “We are bombarded with masses of nothingness like a Bush speech.” For Miller, it is about culling rhythm out of the chaos.

Dancing in the Rain

Let me set the stage for this: Last December, Richard Davis (22 years old) was killed in a car accident at the corner of 90th and MacArthur in East Oakland, California. Days later, the half brother of the victim, Darrell Armstead, a popular turf dancer, and his crew, The Turf Feinz, paid an artful tribute at the scene of the crash. Filmmaker Yoram Savion captured the dance that unfolded in the cold winter rain. It was just another RIP video … until the video went viral late this summer, and now again this October. You can find more work by Savion and The Turf Feinz on YouTube (find the videos here). Or head over to this collection on Vimeo…

via The East Bay Express

For many devoted listeners, his original quartet remains the standard by which to assess the music of his other groups. Here is a clip of that band reunited in 1987 for a festival in Spain. Don Cherry is the trumpeter, Charlie Haden the bassist, Billy Higgins the drummer. Coleman’s solo is a fine example of his ability to improvise little melodies that are sometimes more fetching than the tunes he writes.
YouTube has three other pieces of video from that concert. To find them, go here.

But what Ornette most stands for through his music and fascinating, philosophical inquiries (several of them are included in my book Miles Ornette Cecil – Jazz Beyond Jazz) is humanism and essentialism that dispenses with encrusted thinking. He is an idealist — and we need a few more of those — who has inspired musicians and listeners alike get underneath superficialities to discover the basics and basis of sound. He encourages people to connect with their creative powers regardless of formal training (which is too often just training in formalities). He is a genuinely free spirit — the kind of artist America produces every now and then who could hardly come from anywhere else. He embraces new technologies but he does so firmly grounded in what humans have done since time immemorial. Don’t be put off by his reputation — his music speaks to open-minded listeners very directly, though it cannot be mistaken for being anyone else’s. He is extremely generous with his gifts, without showing the least pretense about his art.

PAINT YOUR TEETH is a live event celebrating experimental literature, music and dance. It’s held in Tokyo every two months or so.

“The Lumière brothers began producing moving pictures in the 1890s; this short of “The Serpentine Dance” required each frame of the film to be hand-colored.

Several links for this video indicate that it was produced in 1899, although the dialogue by the narrator implies a date of “1913.” The dance is in the style of “Butterfly Girl” Loïe Fuller, who used billowing skirts to create a serpentine dance for the Follies-Bergere; interestingly she is reported to have used multicolored and changing lights to illuminate her skirts during the performance – the effect that this video presumably is trying to recreate.”