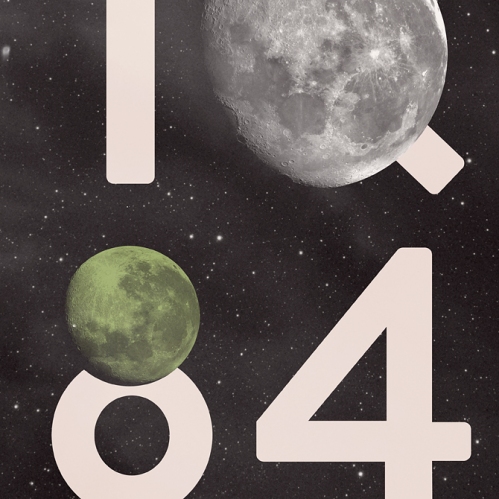 “I’m tired of living unable to love anyone. I don’t have a single friend – not one. And, worst of all, I can’t even love myself. Why is that? Why can’t i love myself? It’s because I can’t love anyone else. A person learns how to love himself through the simple acts of loving and being loved by someone else. Do you understand what i am saying? A person who is incapable of loving another cannot properly love himself.”

This is a persistent feeling…

“This is a persistent feeling in a poet but staying alert to all the ways one is coerced into denying experience, sense and reason is a huge task…”

– The Poetics of Disobedience by Alice Notley

Because they are the same that far down. 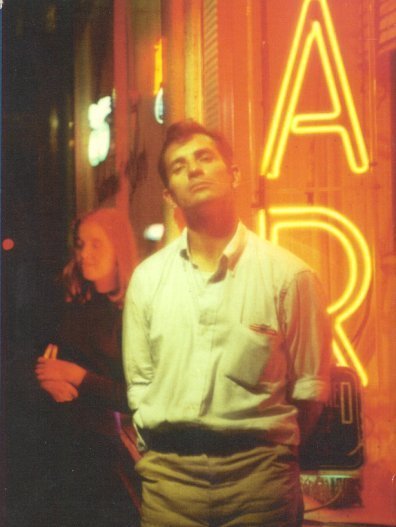 I want to work in revelations, not just spin silly tales for money. I want to fish as deep down as possible into my own subconscious in the belief that once that far down, everyone will understand because they are the same that far down. 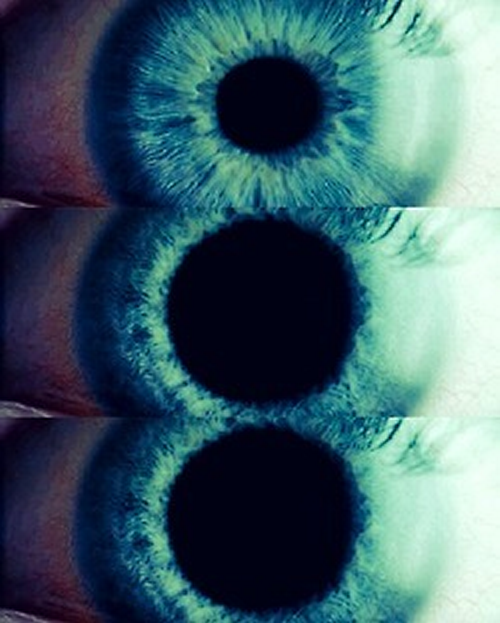 “when you have an awareness of anything internally, you perceive that externally. we really do, i believe, create the world that we live in. the word ‘eye’, in its sanskrit and hebrew root, means ‘fountain.’ in other words, this is not an organ that’s receiving vibrations from what’s out there going through the brain and being interpreted. it’s a projector.”

via only on de mairt + when the lines blur
Tagged consciousness, inverted commas, photography, word
Leave a comment
Uncategorized

They know how to fix everything 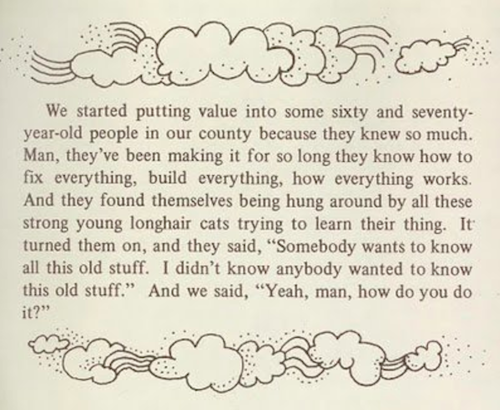 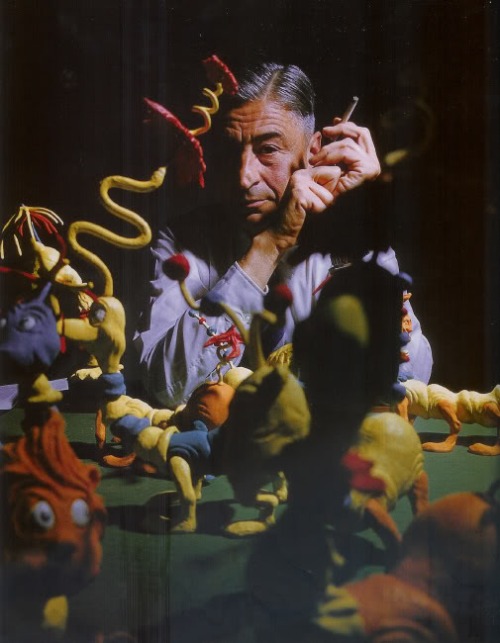 “I’m afraid that sometimes you’ll play lonely games too. Games you can’t win ‘cause you’ll play against you.” ~Dr. Seuss

Theodor Seuss Geisel (pronounced /ˈɡaɪzəl/; March 2, 1904 – September 24, 1991) was an American writer and cartoonist most widely known for his children’s books written under the pen names Dr. Seuss, Theo. LeSieg and, in one case, Rosetta Stone.  He published 44 children’s books, which were often characterized by imaginative characters, rhyme, and frequent use of trisyllabic meter.

A Defence of Poetry by Percy Bysshe Shelley 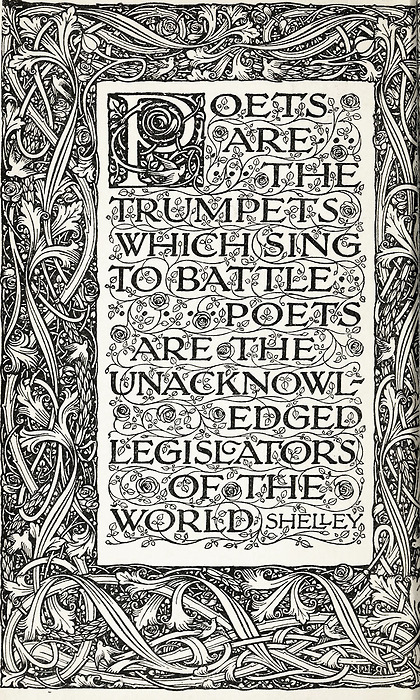 Poetry turns all things to loveliness; it exalts the beauty of that which is most beautiful, and it adds beauty to that which is most deformed; it marries exultation and horror, grief and pleasure, eternity and change; it subdues to union under its light yoke all irreconcilable things. It transmutes all that it touches, and every form moving within the radiance of its presence is changed by wondrous sympathy to an incarnation of the spirit which it breathes: its secret alchemy turns to potable gold the poisonous waters which flow from death through life; it strips the veil of familiarity from the world, and lays bare the naked and sleeping beauty, which is the spirit of its forms.

All things exist as they are perceived: at least in relation to the percipient. “The mind is its own place, and of itself can make a heaven of hell, a hell of heaven.” But poetry defeats the curse which binds us to be subjected to the accident of surrounding impressions. And whether it spreads its own figured curtain, or withdraws life’s dark veil from before the scene of things, it equally creates for us a being within our being. It makes us the inhabitants of a world to which the familiar world is a chaos. It reproduces the common universe of which we are portions and percipients, and it purges from our inward sight the film of familiarity which obscures from us the wonder of our being. It compels us to feel that which we perceive, and to imagine that which we know. It creates anew the universe, after it has been annihilated in our minds by the recurrence of impressions blunted by reiteration. It justifies the bold and true words of Tasso—“Non merita nome di creatore, se non Iddio ed il Poeta.”

The most unfailing herald, companion, and follower of the awakening of a great people to work a beneficial change in opinion or institution, is poetry. At such periods there is an accumulation of the power of communicating and receiving intense and impassioned conceptions respecting man and nature. The person in whom this power resides, may often, as far as regards many portions of their nature, have little apparent correspondence with that spirit of good of which they are the ministers. But even whilst they deny and abjure, they are yet compelled to serve, that power which is seated on the throne of their own soul. It is impossible to read the compositions of the most celebrated writers of the present day without being startled with the electric life which burns within their words. They measure the circumference and sound the depths of human nature with a comprehensive and all-penetrating spirit, and they are themselves perhaps the most sincerely astonished at its manifestations; for it is less their spirit than the spirit of the age. Poets are the hierophants of an unapprehended inspiration; the mirrors of the gigantic shadows which futurity casts upon the present; the words which express what they understand not; the trumpets which sing to battle, and feel not what they inspire; the influence which is moved not, but moves. Poets are the unacknowledged legislators of the world.

Img: From The golden book of Coleridge, London, New York, 1922

via Escape into Life

“Sometimes it is better for certain secrets to remain veiled by arcane words. The secrets of nature are not transmitted on skins of goat or sheep. Aristotle says in the book of secrets that communicating too many arcana of nature and art breaks a celestial seal and many evils can ensue. Which does not mean that secrets must not be revealed, but that the learned must decide when and how.” —Umberto Eco, The Name of the Rose 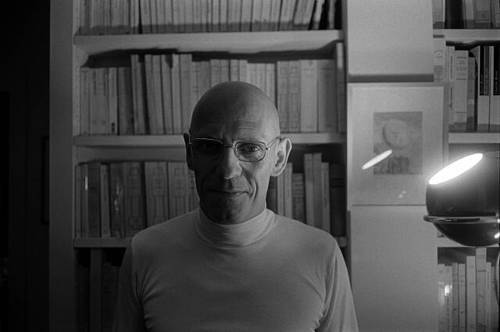 “What strikes me is the fact that in our society, art has become something which is only related to objects, and not to individuals, or to life.”

Research is formalized curiousity. It is poking and prying with a purpose. It is a seeking that he who wishes may know the cosmic secrets of the world and they that dwell therein. – Zora Neale Hurston 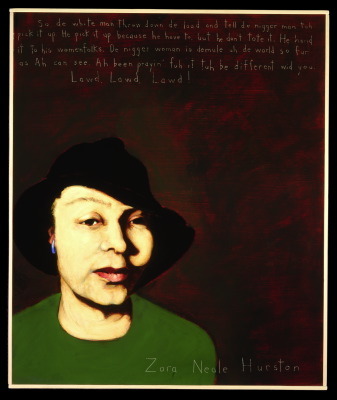