“Sometimes it is better for certain secrets to remain veiled by arcane words. The secrets of nature are not transmitted on skins of goat or sheep. Aristotle says in the book of secrets that communicating too many arcana of nature and art breaks a celestial seal and many evils can ensue. Which does not mean that secrets must not be revealed, but that the learned must decide when and how.” —Umberto Eco, The Name of the Rose

Since the word “magic” tends to cause confused thinking, I would like to say exactly what I mean by “magic” and the magical interpretation of so-called reality. 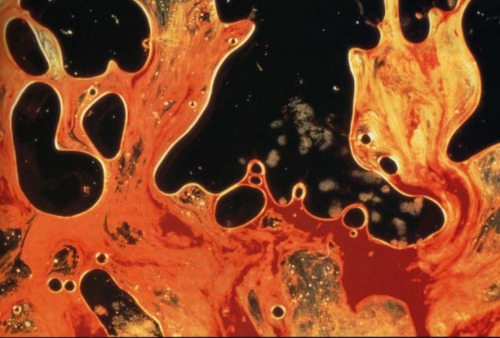 That connection between language and magic may be clearer in the word “spell.” It denotes both the order of letters to form words and an incantation to show your mystical power and influence. As that great grammarian Screamin’ Jay Hawkins once explained, “I put a spell on you … cause you’re mine.
“

Poetry, Magic, and the Omnipotence of Thought

“Poetry and magic … are based on a belief that thought can create its own reality—which Sir James Frazer in The Golden Bough called the theory of ‘the omnipotence of thought’ and which Freud, in his comment on Frazer’s anthropological investigations in Totem and Taboo, traced back to the child’s power, with an outcry of desire, to make the missing mother mysteriously appear again and offer the all-providing breast. It is no accident, then, that so many poems, from the Odyssey right up to Joyce’s great prose-poem, Finnegans Wake, contain magical ‘invocations’ summoning the goddess to appear at once.”
—Robert Anton Wilson

Ben Lewis stands outside of Christie’s.

During the last frenzied year of this boom, art critic and film-maker Ben Lewis followed the contemporary art market, travelling to art fairs, auctions, museums, and the offices and homes of billionaire art collectors,, interviewing dealers, auctioneers, gallery-owners, art market analysts and art collectors, trying to find out the reasons behind this historic phenomenon. He uncovered a world of complicated deals, distinctive market practices and widespread secrecy as well as passionate enthusiasm for contemporary art.

On September 15th 2008, the day of the collapse of Lehmans, the worst financial news since 1929, Damien Hirst sold over £70 million of his art, in an auction at Sotheby’s that would total £111 million over two days. It was the peak of the contemporary art bubble – the greatest rise in the financial value of art in the history of the world.

One art critic and film-maker was banned by Sotheby’s and Hirst from attending this historic auction: Ben Lewis.

Why? He had spent a year making a documentary searchng for the reasons behind the booming contemporary art market, and they claimed he was “biased” against them and contemporary art.

During the easy-credit boom years, there were bubbles in many assets – property, wine, copper, oil. But there was one bubble that was bigger than all the rest: contemporary art. An Andy Warhol sold for $72 million, a Rothko for $73 million, and a Francis Bacon for $86 million. While the rest of the economy began to falter under the Credit Crunch in late 2007, the contemporary art bubble kept on inflating, bigger and fatter than ever before.

In the climax of the film, Lewis’ discoveries lead him to play his own part in the bursting of the contemporary art bubble, which is revealed for the first time in this film.

Finally the moment came that he had long predicted. A month after the Hirst auction at Sotheby’s, the contemporary art market crashed, dropping by 40% in November 2008 and 75% by February 2009, and still falling today.

The Great Contemporary Art Bubble is not only a film about the art market , it may be read as a parable for the delusion and greed which drove the world economy over the edge in 2008. In future years the contemporary art bubble may come to be seen as the epitome of the boom-times we have been living through.