Remixing is a folk art but the techniques are the same ones used at any level of creation: copy, transform, and combine. You could even say that everything is a remix.

An exploration of the remix techniques involved in producing films. Part Two of a four-part series.

An additional supplement to this video can be seen here:goo.gl/​gtArc 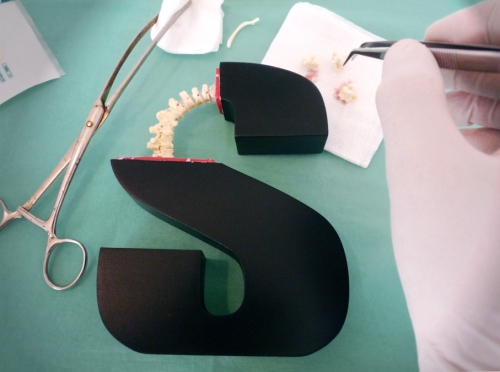 “Of all the achievements of the human mind, the birth of the alphabet is the most momentous. Letters, like men, have now an ancestry, and the ancestry of words, as of men, is often a very noble possession, making them capable of great things. indeed, it has been said that the invention of writing is more important than all the victories ever won or constitutions devised by man. The history of writing is, in a way, the history of the human race, since in it are bound up, severally and together, the development of thought, of expression, of art, of intercommunication, and of mechanical invention.(…) A letter should possess an esthetic quality that is organic, an essential of the form itself and not the result of mere additions to its fundamental form nor to meaningless variations of it.”

Frederic W. Goudy´s “The Alphabet and Elements of Lettering” (1918)

“Remixing” has figured centrally in the Web 2.0 vocabulary. But, remixing isn’t new. It has a long history, going back as long as we’ve been making art. Artists have always been collecting material, combining it, and transforming it into something new. Kirby Ferguson’s new video,Everything is a Remix, teases this apart as he brings you back to 1960s Paris and London – to the cut-up literature of William S. Burroughs and the songs written by Led Zeppelin with a liberal amount of borrowing. This video, the first in a series of four, appears on Ferguson’s web site in a nice large format. Have a look and consider donating to his Everything is a Remix project.

Experimental epidemiology: The work of Chip Heath by Hugo Mercier

The aim of the post is to bring to the attention of experimentally minded anthropologists the work of Chip Heath and his collaborators. A professor at the Stanford Graduate School of Business, Heath describes his research as examinining “why certain ideas – ranging from urban legends to folk medical cures, from Chicken Soup for the Soul stories to business strategy myths – survive and prosper in the social marketplace of ideas.” Heath has a knack for fun psychology experiments that test broader concepts of cultural transmission. In chronological order, here are some examples from his recent publications–I’ll bet that many of you will find stuff that is relevant to your own research or ideas for how to test your own hypotheses.

In this paper, the authors look at the “Mozart effect”, the belief that listening to classical music increases IQ. Among their many findings, they show that this effect spread more in states that had more education problems: anxiety regarding the ability to teach kids made people more receptive to such solutions.

In an interesting variation on the source memory experiments, the authors demonstrate a nice example of ‘motivated’ source attribution. For instance, “When participants believed a particular suspect to be guilty, they misattributed evidence incriminating that suspect to the high-credibility source.”

In a series of experiment, the authors show that the success of different cultural items (catchphrases, proverbs, etc.) will be strongly linked to their ‘habitat’: the contexts in which they are relevant. Thus, they show that the success of ideas shrinks or increases with fluctuations in the prevalence of their natural habitat, and that those ideas that have a wider habitat are more successful.

In this set of papers, the authors show that our tastes are influenced not only by who we want to be like, but also by who we want to not be like. They develop an interesting model of taste as a form of signaling, predicting that we change our tastes when the signal they convey shifts or becomes noisy.

When people start interacting with people they don’t know, they will try to find some common ground. This process (among others) maintains the prominence of some cultural products. For instance, people who are already famous for some reason are more likely to be talked about than other people with similar accomplishment because they make for better common ground.

People form predictions based on a succession of samples very easily. Violations of these predictions typically carry an extra relevance. This papers show that this basic cognitive phenomenon can explain the success of jokes and folktales that have a pattern of “repetition-break”, as in the following (stolen from the paper):

A rabbit is hopping happily through the forest. On his way, he meets a giraffe who is about to smoke marijuana. The rabbit says to the giraffe, ‘‘Giraffe, you shouldn’t pollute your neck and hurt your lungs inhaling that harmful stuff! Let’s breathe in the fresh air as we jog through the forest.” The giraffe pauses, drops the marijuana, and follows the rabbit.
A little further through the forest, they meet an elephant about to snort cocaine. The rabbit says to the elephant, ‘‘Elephant, why do you want to ruin your precious trunk with that sinful powder? Sniff the spring flowers instead. Come jog with us and enjoy Mother Nature.” The elephant spills out the cocaine and jogs with the rabbit and giraffe.
Then they meet a lion who is about to use heroin. The rabbit says to the lion, ‘‘Lion, you’re the king of the forest! Isn’t that enough of a ‘‘high” for you? Join us for an invigorating jog together through the beautiful forest.”
The lion puts down the heroin and punches the rabbit on the nose. The giraffe and the elephant exclaim, ‘‘Why do you beat him? He is so nice.” The lion answers angrily, ‘‘Such a hooligan rabbit. Every time he takes Ecstasy, he convinces me to run with him in the forest like an idiot.”

This paper is a first stab at explaining the prevalence of goose-stepping and why it can create bonds among those who take part in it. The authors observed that people who had had to act in synchrony were more likely to cooperate, even at a potential cost to themselves (in public-goods game for instance).

Some of these papers can be found here, and others here.