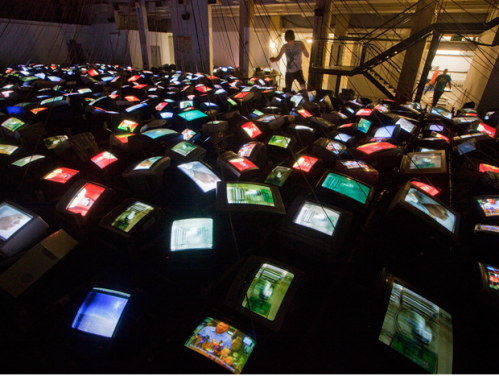 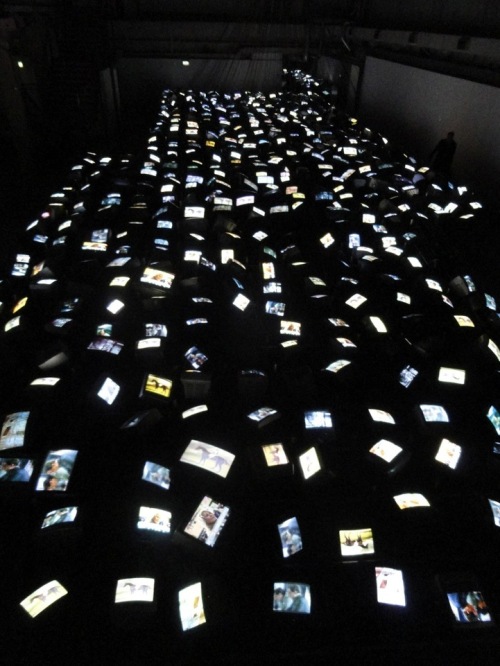 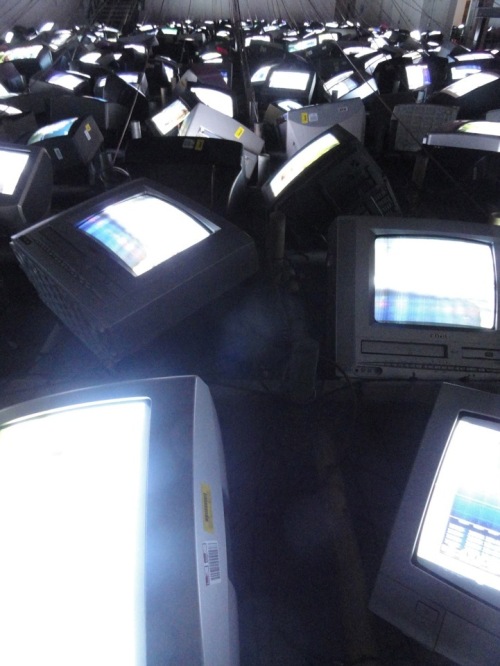 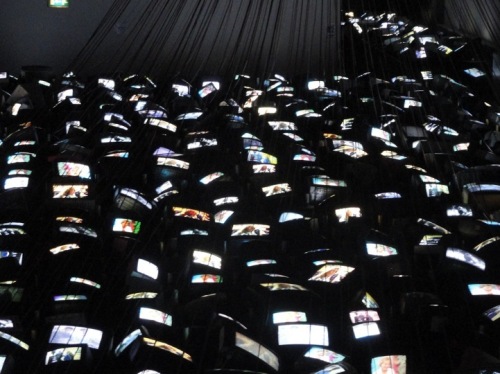 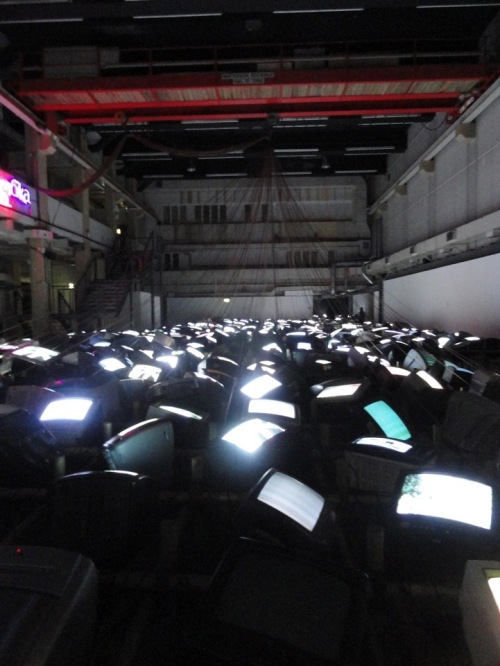 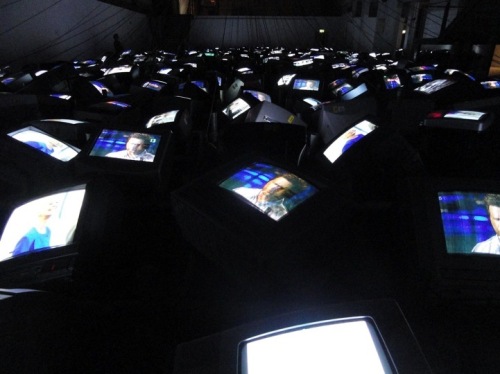 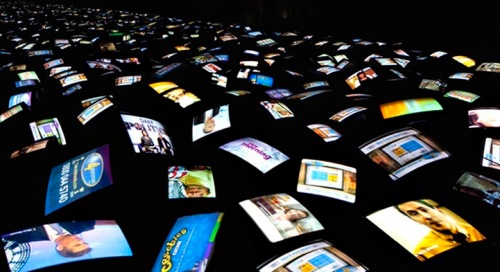 This year will mark the end of analog TV in the UK when London officially switches to digital on April 18, 2012. To commemorate this transition, renowned artist David Hall has created an installation featuring 1001 different tv sets, ranging in boxy size, age, and condition, that are each running on different analog stations, simultaneously, for this piece titled 1001 TV Sets (End Piece).

The artist, who is well known for his pioneering video art installations, has reworked his 101 TV Sets from the 70’s in this massive solo exhibition titled End Piece… that is currently on display at Ambika P3 Gallery in London. As the exhibit comes to a close on April 22, 2012, the TV sets will gradually lose their signals until they are nothing but a series of static screens emitting white noise.

via my modern met

In this short one-minute commercial, Xerox introduces its vision for the office of the future. Years ahead of its time, the 1972 Xerox Alto featured Ethernet networking, a full page display, a mouse, laser printing, e-mail, and a windows-based user interface. Although it’s high price limited sales, the Alto was a groundbreaking invention and the inspiration for the Apple Macintosh and Microsoft Windows operating systems.

The History of the Boombox 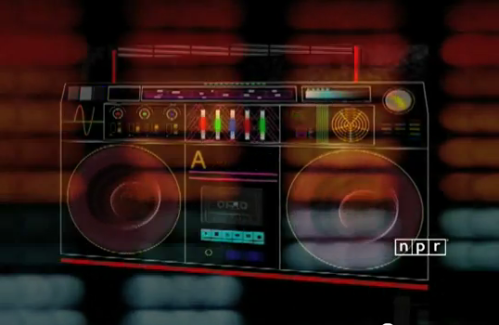 Before iPods (or even CDs) there were boomboxes. It’s been 20 years since they disappeared from the streets, but the nostalgia they evoke is about more than stereo equipment. We’ve changed the way we listen to music — and to each other. Watch a video about the history of the boombox. Learn more about the boombox at http://www.npr.org/templates/story/story.php?storyId=103363836.

Time-lapse video of an ant colony eating a scanner

François Vautier infested his flatbed scanner with an ant-colony and scanned the burgeoning hive-organism every week for five years, producing a beautiful, stylized stop-motion record of the ants’ slow consumption of his electronics.

Five years ago, I installed an ant colony inside my old scanner that allowed me to scan in high definition this ever evolving microcosm (animal, vegetable and mineral). The resulting clip is a close-up examination of how these tiny beings live in this unique ant farm. I observed how decay and corrosion slowly but surely invaded the internal organs of the scanner. Nature gradually takes hold of this completely synthetic environment.

ANTS in my scanner > a five years time-lapse! (via Kottke)

Everything Is A Remix: THE MATRIX

Some confusion is obvious on the set of NBC’s “Today” show, regarding the Internet and the @-sign. Reportedly footage from NBC Today between segments not originally aired… 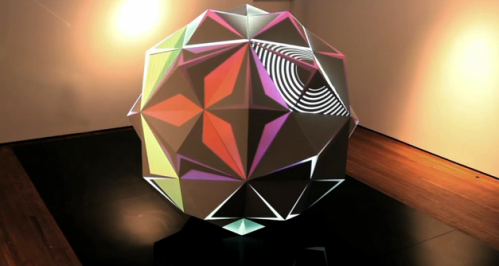 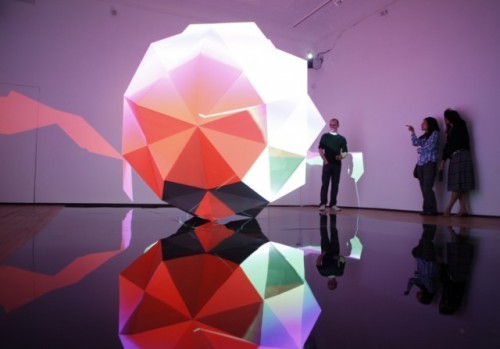 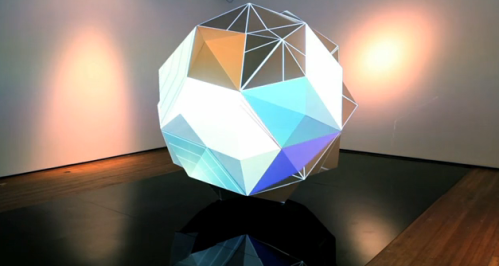 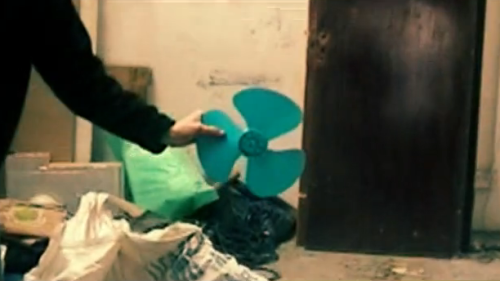 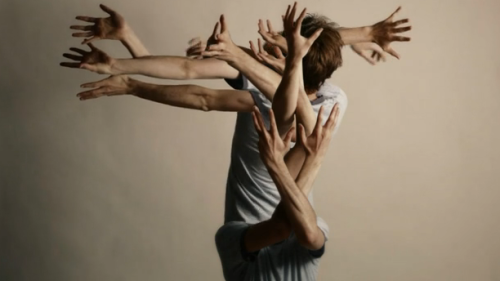 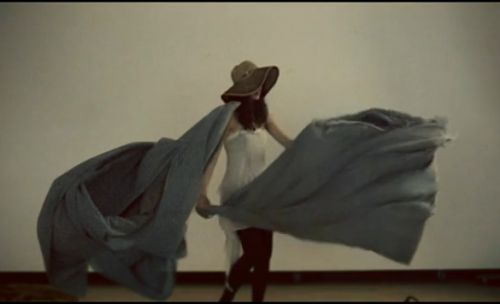 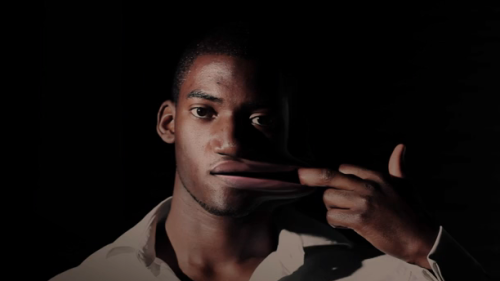 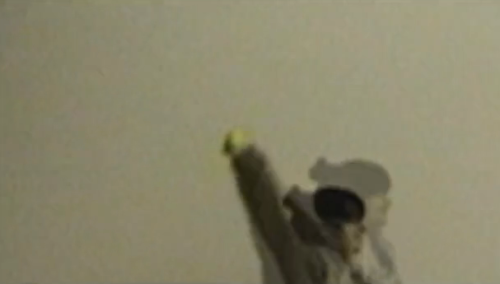 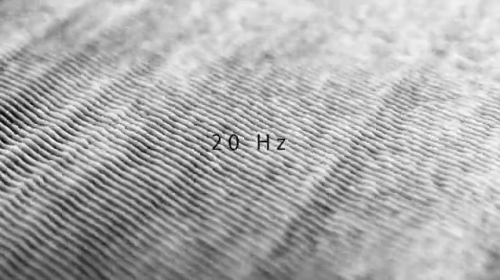 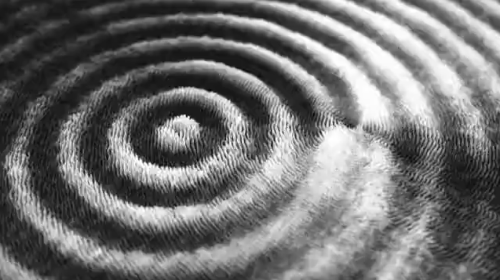 A Semiconductor work by Ruth Jarman and Joe Gerhardt.

Audio Data courtesy of CARISMA, operated by the University of Alberta, funded by the Canadian Space Agency. Special Thanks to Andy Kale.

Made for the exhibition Invisible Fields at Arts Santa Monica in Barcelona Spain.

20 Hz observes a geo-magnetic storm occurring in the Earth’s upper atmosphere. Working with data collected from the CARISMA radio array and interpreted as audio, we hear tweeting and rumbles caused by incoming solar wind, captured at the frequency of 20 Hertz. Generated directly by the sound, tangible and sculptural forms emerge suggestive of scientific visualisations. As different frequencies interact both visually and aurally, complex patterns emerge to create interference phenomena that probe the limits of our perception.

20 Hz is co-commissioned by Arts Santa Monica + Lighthouse . Supported by the British Council.