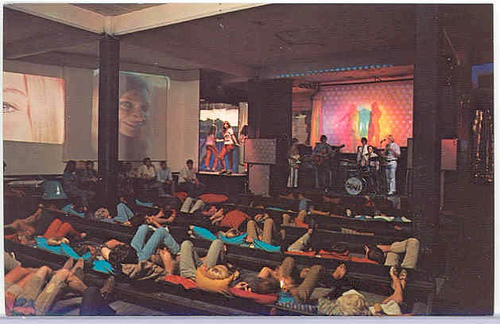 “Love Street Light Circus Feel Good Machine opened on June 3rd 1967. The bands included the Red Crayola, the Starvation Army Band and Fever Tree. The audiences sat at tables or in the Zonk-Out, a series of cushions with back rests.

David Adickes was the original owner/manager/light show projectionist. Sgt. Cliff Carlin came on board to manage it by late ’67. Adickes sold the club outright to Carlin later. By ’69 (perhaps earlier) International Artists had a stake in it as well. Love Street tried to branch out into Corpus Christi and San Antonio with little success, and closed down in Houston on June 6, 1970.”