I disassemble typewriters and then reassemble them into full-scale, anatomically correct human figures. I do not solder, weld, or glue these assemblages together- the process is entirely cold assembly. I do not introduce any part to the assemblage that did not come from a typewriter. 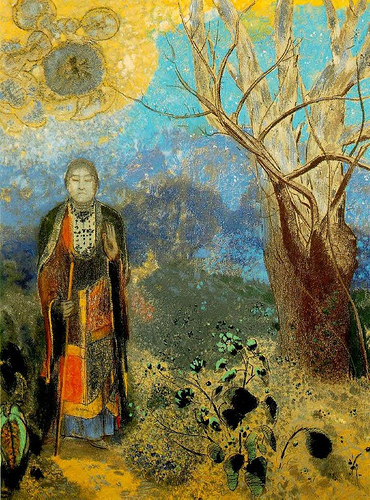 They Who Have Nothing to Lose

Filonov was born in Moscow. In 1908, he entered St. Petersburg Academy of Arts, from which he was expelled in 1910. In 1910–1914, he took part in the arts group Soyuz Molodyozhi created by artists Elena Guro and Mikhail Matyushin. In 1912, he wrote the article The Canon and the Law, in which he formulated the principles of analytical realism, or “anti-Cubism”. According to Filonov, Cubism represents objects using elements of their surface geometry but “analytical realists” should represent objects using elements of their inner soul. He was faithful to these principles for the remainder of his life.

In 1929, a large retrospective exhibition of Filonov art was planned at the Russian Museum; however, the Soviet government forbade the exhibition from going forward. From 1932 onward, Filonov literally starved but still refused to sell his works to private collectors. He wanted to give all his works to the Russian Museum as a gift so as to start a Museum of Analytical Realism. He died of starvation in 1941 during the Nazi Siege of Leningrad. 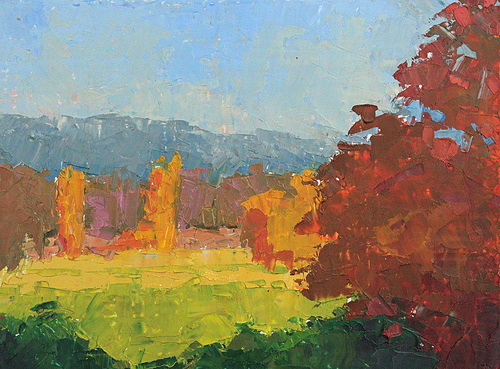 Marcel Duchamp was a French artist who broke down the boundaries between works of art and everyday objects. After the sensation caused by “Nude Descending a Staircase, No. 2” (1912), he painted few other pictures. His irreverence for conventional aesthetic standards led him to devise his famous ready-mades and heralded an artistic revolution. Duchamp was friendly with the Dadaists, and in the 1930s he helped to organize Surrealist exhibitions. He became a U.S. citizen in 1955.

In 1911 Duchamp, the great iconoclast of 20th-century art, was still adhering to the conventions of easel painting, formal composition, narrative structure, and individual inspiration. His formative years were bracketed by studies at the Académie Julien in Paris in 1904–05 and participation in the artistic circle known as the Puteaux Group, which gathered at the home of his older brothers and fellow artists, Raymond Duchamp-Villon and Jacques Villon, after 1910. During this period, Duchamp moved rapidly through a succession of Modernist styles before renouncing painting altogether in 1913 in favor of an art that privileged the intellectual over the optical.

As artist and anti-artist, Marcel Duchamp is considered one of the leading spirits of 20th-century painting. With the exception of the “Nude Descending a Staircase, No. 2,” however, his works were ignored by the public for the greater part of his life. Until 1960 only such avant-garde groups as the Surrealists claimed that he was important, while to “official” art circles and sophisticated critics he appeared to be merely an eccentric and something of a failure. He was more than 70 years old when he emerged in the United States as the secret master whose entirely new attitude toward art and society, far from being negative or nihilistic, had led the way to Pop art, Op art, and many of the other movements embraced by younger artists everywhere. Not only did he change the visual arts but he also changed the mind of the artist.

Duchamp was an accomplished chess player and spent much time playing in his later years.

This painting depicts the artist’s brothers, Raymond Duchamp-Villon (on the left) and Jacques Villon (on the right), and their wives, Yvonne and Gaby, in the garden of Villon’s studio in the outskirts of Paris. The two men are shown hunched over a chessboard as they contemplate their next move, while their wives are excluded from the game. Yvonne lies semi-recumbent on the mint-green grass and Gaby nervously fingers a tea set in a scene of crushing boredom.

Duncan Grant, in full Duncan James Corrowr Grant (b. Rothiemurchus, Inverness, Scotland—d. Berkshire, England), innovative British Post-Impressionist painter and designer. He was one of the first English artists to assimilate the influence of Paul Cézanne and the Fauves.

The son of a military officer, Grant spent several years of his youth in India and was educated at St. Paul’s School, London. Between 1902 and 1907 he studied at the Westminster School of Art and traveled in Italy and in France, where he studied with the French painter and writer Jacques-Émile Blanche in 1906 and met Henri Matisse in 1909.

As a cousin of Lytton Strachey, Grant was introduced to the Bloomsbury group, the members of which became his lifelong friends. He joined the Camden Town Group in 1911, contributed to the Post-Impressionist exhibition of 1912 that was organized by the influential art critic Roger Fry, and participated in Fry’s Omega Workshops (1913–19).

In 1919 Grant joined the London Group, and his painting changed from abstraction to the careful translation of nature in still lifes and landscapes. He had his first one-man show in London in 1920, and in 1922 he began a collaboration with Vanessa Bell in interior design. He represented Great Britain at the Venice Biennale in 1926, 1932, and 1940.

After World War II, Grant’s fame subsided, but a revival of interest in his work began with a retrospective exhibition in 1959 and a one-man show in New York City in 1975. Among his best-known works are portraits of his Bloomsbury associates (e.g., a portrait of Virginia Woolf in 1911). He enjoyed an enduring relationship with Woolf’s sister, Vanessa Bell, with whom he had a daughter, Angelica, in 1918. During the years between the wars, they adopted a similar manner in their painting, loosely reflecting the influence of the Post-Impressionist aesthetic.

He was born into a conservative middle class family in Lausanne, and there he attended Collège Cantonal, graduating with a degree in classical studies in 1882. In that year he moved to Paris to study art under Jules Joseph Lefebvre and Gustave Boulanger at the Académie Julian. He spent many hours in the Louvre, where he greatly admired the works of Holbein, Dürer and Ingres. His earliest paintings, such as the Ingresque Portrait of Monsieur Ursenbach (1885), are firmly rooted in the academic tradition. During the following decade Vallotton painted and made a number of prints. In 1891 he executed his first woodcut, a portrait of Paul Verlaine. The many woodcuts he produced during the 1890s were widely disseminated and were recognized as radically innovative in printmaking. They established Vallotton as a leader in the revival of true woodcut as an artistic medium.

By 1892 he was affiliated with Les Nabis, a group of young artists that included Pierre Bonnard, Ker-Xavier Roussel, Maurice Denis, and Edouard Vuillard, with whom Vallotton was to form a lifelong friendship. During the 1890s, when Vallotton was closely allied with the avant-garde, his paintings reflected the style of his woodcuts, with flat areas of color, hard edges, and simplification of detail. His subjects included genre scenes, portraits and nudes. Examples of his Nabi style are the deliberately awkward Bathers on a Summer Evening (1892–93), now in the Kunsthaus Zürich, and the symbolist Moonlight (1895), in the Musée d’Orsay.

French painter, sculptor, writer, and educator who was a prominent critic and teacher of modern art. He studied decorative sculpture at the École des Beaux-Arts in Bordeaux from 1898 to 1904. About 1905 he took up painting, and a year later he moved to Paris. Lhote initially painted colorful landscapes in a Fauvist style, but his mature works are Cubist in manner. Lhote’s most significant work was not as a visual artist, however, but rather as a writer who articulated Cubist theories and as an educator who influenced a generation of French artists. In 1922 he founded his own art school in Paris, the Académie Montparnasse.